George Washington Was No Fan of Communion 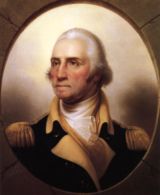 When I’m not writing or cooking, doing yoga or driving the kids around, I am in bed with George Washington, wondering just how religious he is, or was. It’s been fun.

In fact, I’ve become intimately acquainted with all our founding fathers’ religious beliefs. How? Well, Mr. Chattering’s full library of books on Washington, Franklin, Adams, Jefferson, and Madison looms all around our marital bed and has sometimes seemed a tad oppressive as husband Mr. C. (Steve Waldman) completes revisions of his book about America’s religious freedoms and each founders’ role in preserving them.

Here’s a nice passage from a Waldman article on our first president in honor of Presidents’ Day earlier in the week. Apparently, while outwardly a faithful Christian, Washington did not care to partake in communion. Waldman writes:

In fact, he would generally leave services before his wife Martha, who often did take the sacrament. Dr. James Abercrombie, assistant rector of Christ Church acknowledged that Washington was “a professing Christian” who attended regularly but added, “I cannot consider any man as a real Christian who uniformly disregards an ordinance so solemnly enjoined by the divine Author of our holy religion, and considered as a channel of divine grace.” So disappointed was Abercrombie that he made a not-so-veiled reference to Washington’s behavior in a sermon.

When Washington learned of the sermon he dug in his heels. He explained that if he were to suddenly switch to taking communion, after years of not doing so, it would be viewed as “an ostentatious display of religious zeal.” Significantly, Washington’s solution, then, was not to start taking communion-–but rather to avoid church on the Sundays when communion was being offered.

Waldman continues: “By the definition of Christianity offered by modern-day liberal Christians, Washington would pass muster. He believed in God, attended church, endorsed the golden rule, and valued the behavioral benefits of religion. But for those who define being a Christian as requiring the acceptance of Christ as personal savior and the Bible as God’s revelation, Washington, based on what we know, probably was not ‘Christian.'” 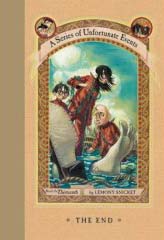