First off , the winners of election night …

Barack Obama — Obvious choice, he got enough Americans to believe he can turn the economy around despite serious struggles in his first-term. Bill Clinton, to his credit, understood his limits in governing in a Democracy during a second term, it will be interesting to see what Obama attempts to do and how he goes about it with the same opportunity. Made good moves in reaching out to Chris Christie and even Mitt Romney in recent days, but were they political or practical?

Joe Biden — Made plenty of gaffes on the campaign trail, like getting his locations incorrect and stating things ‘incorrectly’ but still was part of the winning ticket. Some of the best veep’s in history worked behind the scenes to help the president get bills passed and work with members across the aisle, it will be interesting to see if Biden has the political capital or respect of Republicans to do the same. While Obama is considered the ‘transformational’ leader of the country, perhaps Biden can help him develop some limits on what ‘change’ can be accomplished. To do so, however, he may need to behave, ahem, “differently”.

Liberals/Progressives — The nation is now apparently center-left, perhaps for the time being or for a long-time to come. That means more emphasis on government programs that some would argue have a mission to ‘help’ people while others are concerned they may be intended to ‘control’ them. Getting the massive deficit under control will apparently take a back seat to creating or expanding social programs that some feel could bankrupt us.

Romney — Mitt will go into the dustbin of the political scene, like Bob Dole, Al Gore , John Kerry and Mike Dukakis before him. Romney went to the right in the campaign and picked up serious steam, but it was not enough to overcome an incumbent who had plenty of advantages to run on. The Republicans have younger, more exciting candidates for 2016, including perhaps Marco Rubio and Bobby Jindal, and whoever the nominee is needs to be a solid conservative from the get-go. John McCain and Romney were apparently TOO moderate to win. Democrats were right to believe they could beat both candidates.

Paul Ryan — I could have seen the young, energetic Wisconsin congressman working the House and Senate to build up their respective relationships with the Romney administration. Alas, the budget wonk won’t have that opportunity and that may actually make America the loser in the process, as well if the deficit isn’t addressed, as it likely won’t be.

Political pundits — Ex-GW Bush advisor Karl Rove takes the biggest hit, along with Dick Morris, both of FOX News. Both predicted wins for Romney, the latter by ‘landslide’ and both have egg on their faces as a result. They weren’t alone, however, as the old political model oversampling Democrats for polls didn’t seem to apply. Many were upset or offended by Rush Limbaugh’s comment comparing Obama to Santa Claus, but did Democrats turn out in droves to protect what some Republicans see as handouts?

Television/newspaper media — Many outlets appeared to stick with the president until near the very end of his first-term, when several newspapers, including the NY Daily News and Newsday, flipped their support to Romney. What was the purpose of endorsing him so late, when so much of the media seemed SO opposed to him throughout the campaign? The legitimacy of the media, what’s left of it, took another serious hit. 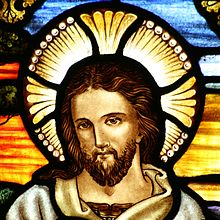 I Cast My Ballot For ... Jesus!
archives most recent
More from Beliefnet and our partners
previous posts