Several years ago I spoke at a gathering of Catholic Leaders. The participants included men and women from every walk of life who understand the implications of their faith on social, cultural, political, and economic participation. They are trying to live what Pope Benedict calls a “moral coherence” and have rejected the “separation between faith and life” which the Second Vatican Council counted among the “greatest errors of our age”.

The attendees served at various intersecting points of cultural influence; the academy, the political arena, business, philanthropy, media, medicine, law and justice. I was asked to discuss Catholics and Political Participation. I insisted that Catholic Social Doctrine should be the foundation for all of our social participation.

During the course of the address I insisted that an authentic understanding of social justice should inform our political participation. In the question and answer period after my comments the host of the conference made a suggestion that we get rid of the term “Social Justice” because it is now used by ‘the left”.

He asked for my thoughts. I strongly disagreed. I insisted that we take back the phrase from those who have stolen it, either on the “the right” or “the left”.

Instead of rejecting the term, I called for an authentically Christian vision of social justice as set forth in the Compendium of the Social Doctrine of the Catholic Church. As the lively discussion continued a man in attendance became so angry about my use of the term social justice that he began to shout and rushed the platform. Fortunately, he calmed down. He was angry because he insisted “social justice” it was a term used by ‘leftists’.

I am well aware of the co-opting of the term by the “left” – so is the leadership of the Catholic Church. She has rightly condemned the errors found in versions of what was called “liberation theology” and other errant politicized efforts to usurp the term.  However, the Catholic Church has not stopped using the term “Social Justice” and neither should we who are her sons and daughters. 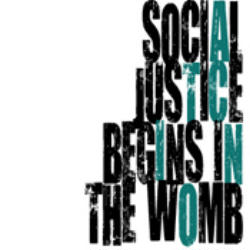 The Social Doctrine of the Catholic Church is not only for Catholics, other Christians or even just “religious people”. It is for all people and all Nations. It is offered by the Catholic Church to all who seek to build a truly just society and promote the real common good. This teaching is called “social” because it speaks to human society and to the formation, role and rightful place of social institutions.

The truths and principles it offers can be known by all men and women because they are revealed in the Natural law. They are expounded upon in Revelation. This social doctrine is neither “left” nor “right”, neither “liberal” nor “conservative” – within the contemporary politicized use of those words. As repeated in Church teaching, the Church ‘walks the way of the person’ and is an “expert in humanity”. As the Body of Christ she continues the redemptive work of the Lord until He returns. It is in the humanity of Jesus Christ that we find revealed the fullness of the human person.

The term “Social Justice” has fallen on some hard times these days. Sadly, it has been kidnapped by some seeking to promote a polical, social and economic agenda which is often terribly unjust. As a Catholic Christian involved for decades in public policy efforts, I know the importance of having a base of teaching with which to inform my participation. That is why I look to what is called the Social teaching or Social Doctrine of the Catholic Church.

Then on April 2, 2004, the Memorial of Saint Francis of Paola, Cardinal Renato Raffaele Martino, President of the “Pontifical Council for Justice and Peace” released the “Compendium of the Social Doctrine of Church.” It can be studied and read in full online here It can also be purchased here. I recommend that every Catholic, indeed all Christians, other people of faith and all people of good will purchase this outstanding compendium. It is a tremendous resource.

The social doctrine of the Church confronts what Pope Benedict called the “Dictatorship of Relativism” and insists there are unchangeable truths such as the dignity of every human person at every age and stage which must form the foundation of any just society. To be Pro-Life is not about a “single issue”, it is about a world view. It is this dignity of the human person which requires a respect for every human life whether that life be in the first home of the womb, a wheelchair, a jail cell, a hospital room, a hospice, a senior center or a soup kitchen.

Another truth is that marriage is between one man and one woman, intended for life, and ordered toward the bearing and raising of children in the family. Marriage is not some social construct which can be redefined by courts or legislatures. It is also one more example of a word we must not give up – for the sake of the true common good. It is the foundation for family and family is the first society, first church, first school, first economy, first government and first mediating institution. The first community which humanizes and civilizes all of us is the family. 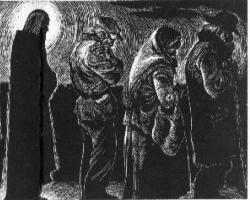 The social doctrine rejects a notion of “freedom” which begins and ends with the isolated, atomistic, person as the measure of its application. Authentic human freedom must be exercised within a moral constitution. We will only experience freedom when we choose what is good and what is true. Otherwise “freedom” becomes a counterfeit and enslaves. The social doctrine also recognizes our obligation in solidarity to one another. We are our brother/sister’s keeper.

The social doctrine offers principles to help us order our economies but does not propose any particular economic theory. Rather, it insists that every economic order be at the service of the human person, human freedom, human flourishing and the family. We are called to give a love of preference to the poor, recognizing our solidarity with them. However, this call to solidarity is to be applied through the application of the principle of subsidiarity, rejecting all forms of dehumanizing collectivism, either of the left or the right.

The market economy has been affirmed in recent social teaching as having a potential for promoting these goods – when properly understood and morally structured. However, the Catholic Church stood against the materialism of the atheistic Marxist system and cautions Nations which have adopted a form of liberal capitalism of the dangers of “economism” or materialism which promotes the use of persons as products and fails to recognize the value of being over acquiring.

The truths and principles contained within Catholic social doctrine are not merely “religious” positions, in the sense that only religious people need assent to them. They are revealed by the Natural Law and can be known through the exercise of reason. The truths are true for all people and for all time. The Church calls us to offer them as leaven to be worked into the loaf of human culture. We are called to build a truly just and fully human society.

I will do everything I can during this upcoming presidential and congressional campaign to liberate Catholic Social Thought from those who seek to use it as a proof text for their own political agendas. Often, that has meant opposition from those who would be considered “on the left” in contemporary political parlance.  However, it also includes opposition from some considered “on the right” who have either not considered the teaching or have opted for a very different philosophical foundation.

Christians understand that we will never be able to build a completely just, loving and fair social order in this world. The hunger for life in such a new order will only be fulfilled when the Lord returns and establishes His kingdom. However, as citizens, we have an obligation to do all we can to contribute to the common good of the societies and the nations in which we live. To use the biblical adage, “to those  to whom much is given, much will be required.” That applies to our citizenship as well. Christians are called to be faithful citizens and promote true social justice.

Truth, Twitter and Tangled Webs: Learning from ‘Weiner-gate’
archives most recent
More from Beliefnet and our partners
previous posts