The Expression “Pro-Choice Catholic” is an Oxymoron 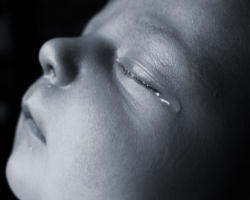 Geraldine Ferraro died on Saturday in Boston, Mass. at the age of 75. She had been heroically battling multiple myeloma for twelve years. Thursday morning a private funeral Mass will take place at the Church of Saint Vincent Ferrer in Manhattan, New York City for family and friends. It will be off limits to the press. In lieu of flowers, the family has requested that donations be made in her honor to one of the following organizations: The Jerome Lipper Multiple Myeloma Research Center at Dana-Farber; The Multiple Myeloma Research Foundation; The Religious Order of the Sacred Heart of Mary in Tarrytown; and City Meals on Wheels.

Throughout this week numerous tributes and reports have appeared in the Press and in the blogosphere. There is no question that the former Vice Presidential candidate and public servant made her mark on history. These words taken from the New York Times headline for her obituary summarize part of the impact for which she should be honored, “She ended the men’s club of national politics.” However, one of those reports, a blog posting, referred to Ms. Ferraro as a “Pro-Choice Catholic” in its title. I respectfully responded and explained to the author that such a phrase was an Oxymoron – a figure of speech where mutually contradictory terms appear side by side.

My intent then and now is not to question the holding of a funeral for the late Geraldine Ferraro or to speak ill of the dead. In Article 12 of the Catechism of the Catholic Church the teaching on Life Everlasting and the Judgment can be found. (Catechism of the Catholic Church # 1020 – 1065). It is not for me to speculate on Geraldine Ferraro’s spiritual state at death. This beautifully written section cites these words of St. John of the Cross “At the evening of life we shall be judged on our love”. I leave room for mercy and know she was attended to by a priest of the Church in her final hours. I wish her family God’s comfort.

However, I take strong exception to that headline calling her a “Pro-Choice Catholic”. There is no such thing. A “Pro-Choice” Catholic – if by the term is meant one who accepts that the choice to take the life of an innocent child in the first home of the womb is ever morally acceptable – is an unfaithful Catholic. To be a Catholic Christian is to be Pro-Life, Period. In addition to the clear teaching of the Sacred Scripture, the clear teaching of the Catechism of the Catholic Church (see CCC #2270 – 2275) and the unbroken Christian tradition which condemns every procured abortion as an intrinsically evil act, Catholics have a “magisterium”, a teaching office, which has made it all very clear. Perhaps one of the strongest statements of that teaching office includes these words from Blessed John Paul II, found in his Encyclical Letter, The Gospel of Life:

“Therefore, by the authority which Christ conferred upon Peter and his Successors, in communion with the Bishops – who on various occasions have condemned abortion and who in the aforementioned consultation, albeit dispersed throughout the world, have shown unanimous agreement concerning this doctrine – I declare that direct abortion, that is, abortion willed as an end or as a means, always constitutes a grave moral disorder, since it is the deliberate killing of an innocent human being.

“This doctrine is based upon the natural law and upon the written Word of God, is transmitted by the Church’s Tradition and taught by the ordinary and universal Magisterium. No circumstance, no purpose, no law whatsoever can ever make licit an act which is intrinsically illicit, since it is contrary to the Law of God which is written in every human heart, knowable by reason itself, and proclaimed by the Church.” (Paragraph 62)

My first response to the blog posting prompted a sincere and respectful inquiry from the author: “I understand what you’re trying to say, but isn’t that like claiming there’s no such thing as a gay Catholic, or a divorced Catholic, or a Catholic on the pill? (See also: bacon-loving Jews, beer-drinking Muslims…) Also, here’s something I don’t understand: isn’t there an important distinction between a politician stating that abortion should remain legal — consistent with the Supreme Court’s ruling — versus supporting abortions personally? Isn’t this a church-state separation issue?”

I responded to those questions and I reiterate the answers now. No, it is neither like the examples she mentioned nor is it a “church-state separation” issue. Someone who self identifies as a “gay” Catholic can remain chaste and not engage in sexual activity with a member of the opposite sex. In fact many people with same sex attraction find great help in doing so through efforts such as “Courage” founded by the late Fr Paul Harvey.

There are many divorced Catholics fully living their lives in the Church in fidelity to her teaching. They are asked to remain single. It is only upon a remarriage, without an annulment, that they are further asked to refrain from receiving the Eucharist. A Catholic who contracepts in the marital act is not following the teaching of the Church. This is unfortunate because the teaching leads to a wonderful marriage and family life.

Further, the Church’s teaching on Natural Family Planning allows for responsible spacing of children and promotes the couples life of conjugal love and partnership in the Lord. I speak as one who has been married for 35 years with five children and six grandchildren as well as a member of the Clergy, a Deacon of the Catholic Church.

However, a Catholic who calls themselves “Pro-Choice” – and means by that they support protecting with the civil law the taking of the life of another – is openly rejecting the clear teaching of the Catholic Church and placing themselves outside of the communion of the very Church they profess to belong to. The position of the Catholic Church on the dignity of every human person and the right to life is a matter of fundamental moral truth, unlike disciplines such as abstaining from pork. It is particularly egregious when it is a Catholic in Public Life who openly rejects this truth and then invites others to do the same. There is no moral difference between the taking of the life of a child in the womb and the taking of any other innocent human life at any stage of that life. Life is a continuum and we are always in development. It is always and everywhere wrong to take innocent human life.

There is absolutely no doubt where the Catholic Church stands on this fundamental human rights issue. Also, the Church affirms that the dignity of every human life is a matter of the Natural Moral Law and is not dependent upon revelation; though certainly it is confirmed by it. This Natural Law is knowable by all men and women and forms the basis of our common life together in human soiety. In other words, it is not simply a “religious” position. The positive or civil law must respect this Natural Law and reflect it or it is an unjust law. This Natural Law is binding on all men and women. It also is the basis of Catholic Social Doctrine. For example, the reason we are to care for the poor is because they are our neighbors. They have human dignity and a fundamental human right to life. Children in the womb are our smallest neighbors; they must be protected from being killed.

Among the numerous teaching documents from the Vatican concerning the need for Catholics in public office to be morally coherent on the fundamental truth about the dignity of every human life and in their absolute rejection of any such “pro-Choice” approach to either procured abortion or active or passive euthanasia is the one issued in 2002 by the Congregation for the Doctrine of the Faith, the office which clarifies such issues for every catholic who seeks to remain faithful to the Church he or she professes to be in communion with. The Congregation explains in introducing the letter:

“The Congregation for the Doctrine of the Faith, having received the opinion of the Pontifical Council for the Laity, has decided that it would be appropriate to publish the present Doctrinal Note on some questions regarding the participation of Catholics in political life. This Note is directed to the Bishops of the Catholic Church and, in a particular way, to Catholic politicians and all lay members of the faithful called to participate in the political life of democratic societies.”

It can be found and read in its entirety here http://www.vatican.va/roman_curia/congregations/cfaith/documents/rc_con_cfaith_doc_20021124_politica_en.html 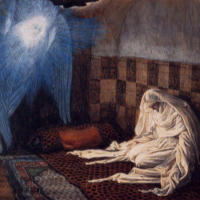 Feast of the Annunciation of the Lord: Mary as the Model for all Christians
archives most recent
More from Beliefnet and our partners
previous posts