The Christian Revolution: Bitter or Better? Responding to Suffering, Struggle and Failure 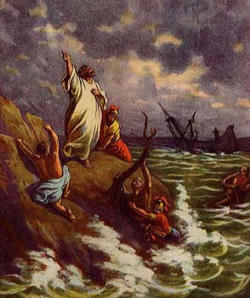 In a contemporary Christian culture infected by a mistaken notion that following the Lord Jesus means we will no longer have to suffer or face need, the witness of the Apostle Paul stands in stark contrast. This Gospel without the cross is not only poor theology, it has caused too many Christians to “miss the mark”, which is the definition of the Greek word translated sin in the New Testament.  Paul’s letters to the Philippians and the Corinthians are only a few of the many examples:

“I know indeed how to live in humble circumstances; I know also how to live with abundance. In every circumstance and in all things I have learned the secret of being well fed and of going hungry, of living in abundance and of being in need” (Philippians 4:12).

“…Are they ministers of Christ? …I am still more, with far greater labors, far more imprisonments, far worse beatings, and numerous brushes with death. Five times… I received forty lashes minus one. Three times I was beaten with rods, once I was stoned, three times I was shipwrecked, …on frequent journeys, in dangers from rivers, dangers from robbers, dangers from my own race, dangers from Gentiles, dangers in the city, dangers in the wilderness, dangers at sea, dangers among false brothers; in toil and hardship, through many sleepless nights, through hunger and thirst, through frequent fastings, through cold and exposure. And apart from these things, there is the daily pressure upon me of my anxiety for all the churches. Who is weak, and I am not weak? Who is led to sin, and I am not indignant?  If I must boast, I will boast of the things that show my weakness.” (2 Corinthians 11:22-29)

St. Paul was an a Christian who lived in the presence of God. An Apostle who was raised up “out of the ordinary course”, he accomplished great things for the Lord as he responded daily to his calling to build the Church and, through her, to change the world. He was a man so profoundly close to the Lord whom he followed that he had mystical experiences wherein he was “caught up” in heaven. (2 Cor. 12) These flowed out of a genuine interior life and an ongoing intimate communion with the living God.

Yet, this Apostle also suffered greatly. He was misunderstood, betrayed by brethren, and he experienced intense emotional, economic and physical hardships. He had many reasons to become bitter. He did not. He became better. That is our challenge as we embark, every day, on this journey of faith called the Christian life. Like the Apostle, we are called to make the right choices.

Because of his close, ongoing communion with this Jesus who had called him in the desert, Paul cultivated the interior strength that only comes from living a fully surrendered life. The Lord who called him had also changed him in that encounter. This is reflected, as is often the case in the biblical accounts of vocational callings, with the change of his name from Saul to Paul.

But this change began an ongoing conversion. His transformation in Christ continued as Paul learned to empty himself – of himself – so that he could be filled with the very life of God. He offered his suffering, struggle and setbacks to the Lord, joining them to the Cross of Jesus Christ.

St Paul he entered into what one of my favorite spiritual writers and saints of our age, St. Jose Maria Escriva called ‘the Christian Revolution: “The great Christian revolution has been to convert pain into fruitful suffering and to turn a bad thing into something good. We have deprived the devil of this weapon; and with it we conquer eternity.” (St. Jose Maria Escriva, The Furrow #887)

In our own lives, we will suffer, we will be misunderstood, betrayed by friends, “shipwrecked” (at least figuratively), and we will experience the instability that often accompanies the struggles of daily life. Paul shows us how to choose the better way, the way of discipleship. When we learn to make that choice we will find the path to contentment and the way of true freedom.

Bitter or better? The choice is ours. Let us choose the way of following Jesus Christ in the footsteps of St. Paul. Let us learn to boast of our own weakness, so we can stand in God’s strength. That is the great Christian Revolution. 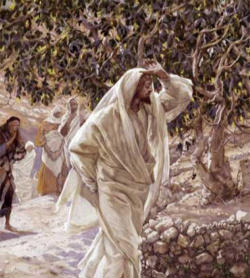 Be Perfect Just as Your Heavenly Father is Perfect: Learning to Walk in the Way of Love
archives most recent
More from Beliefnet and our partners
previous posts