Mormonism Is a Sincerely False Gospel

By Dr. R. Albert Mohler, Jr.
I am pleased to have engaged in this discussion with Orson Scott Card. I will hope to meet him more personally in the future. It appears that we are not really discussing the same question, however.
My response to the question posed to me remains as it was from the start. Mormonism is not compatible with “traditional Christian orthodoxy.” As a matter of fact, this is the essence of Mormon identity, and Mormon authorities going back to Joseph Smith were quick to separate Mormonism from “traditional Christian orthodoxy” as accepted by the Christian churches.

Indeed, the subtitle printed on The Book of Mormon is “Another Testament of Jesus Christ.” A “testament,” that is, other than that accepted by the historic Christian churches.
The debate has never been about whether Mormons are good Americans or would make good neighbors. I dare say that most American Evangelicals and traditional Roman Catholics would find more in common with Mormons in terms of child-rearing, sexual morality, the protection of marriage and family, and a host of other issues, than they would with liberal Catholics or liberal Protestants. No argument there.
The debate is not over Mitt Romney or his right to run for President of the United States. That is a settled constitutional fact – and a fact for which we should all be thankful. Nor is it about whether Evangelicals should vote for Mitt Romney. There is so much to admire in the man’s marriage and family and leadership ability. This question is very complicated – as is the case with almost all political questions.
The debate is not over the right of Mormons to hold their faith, promote their faith, and spread their faith. That, too, is a constitutional right – the same right that protects the religious liberty of all persons of all faiths and no faith.
For me, and as the question was posed to me, the issue is theological. That is why I cannot answer the question except as I have from the start.
Here is the bottom line. As an Evangelical Christian – a Christian who holds to the “traditional Christian orthodoxy” of the Church – I do not believe that Mormonism leads to salvation. To the contrary, I believe that it is a false gospel that, however sincere and kind its adherents may be, leads to eternal death rather than to eternal life.
Indeed, I believe that Mormonism is a prime example of what the Apostle Paul warned the Church to reject – “a gospel contrary to the one we preached to you” [Galatians 1:8-9].
And thus I must end where I began. Mormonism is not just another form of Christianity – it is incompatible with “traditional Christian orthodoxy.” 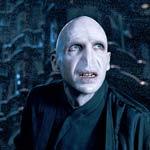 Thank you for visiting Blogalogue. This blog is no longer being updated. Please enjoy the archives. Here is another blog you may also enjoy: Inspiration Report Happy Reading!!!

How Do We Tell A True Act of God From A False One?

Dear Michael: Thank you again for this exchange, Michael; I am grateful that you took the time to teach me with such patience and tolerance. In all honesty, I can’t follow your subtle discussion of the relationship between natural laws and Divine Providence. The fault is mine. I think you are saying that miracles and […]

Do You Wonder About the Source of Meaning?

Dear Heather, I really enjoy the way you conduct a path through our disagreements. You are tough, but open to differences. As we have agreed from the first, to achieve real disagreement is a long-term task; it takes a lot of brandies sipped slowly together (so to speak) to get past the misunderstandings that masquerade […]

What About Other Religions?

Dear Michael: Thank you so much for your candid and probing response; it is most illuminating. Before addressing your final question, I am going to risk characterizing your presentation of religious faith. Some of our readers, if not you yourself, may find this presumptuous; if so, I accept their criticism. It seems to me that […]