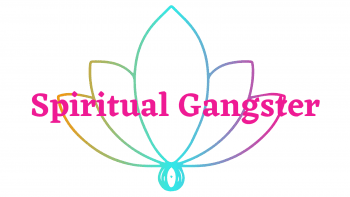 On Memorial Day, 2021, like many, I came out of self-solituding into a crowd celebrating the ability to gather following a year unlike any other most of us have lived. When the pandemic began, I stayed home except to make a few shopping recons. My grandson was born on January 21, 2020, which was the best event of the year for our family. I was one of his caregivers for the first few months and then, when the shutdown occurred, I had no physical contact with another human being for 11 weeks. One of my greatest joys is mornings with my now 16-month-old grandson.

For me, the experience of realizing that each statistic was a person, a family, a community, was more than sociological.  It was, indeed spiritual.  I don’t think of myself as religious, despite growing up in an actively Jewish family and then 22 years ago, getting ordained as an Interfaith Minister. For me, spiritual practice is about interacting with all of life, heart forward.

Back to the parade….the town is known as one (like Cheers) where everybody knows your name. The first person I ran into was my cousin Jody Rosenblum who was a participant with the organization Pine2Pink. Its purpose is to support those living with breast cancer. Blessedly, she is not only a survivor but a thriver.  Within moments, I joyfully greeted a friend I had not seen for more than a year, except via social media.

Christina Margot is a talented musician and singer who dazzles and delights her audiences. As I was approaching her, I noticed she was wearing a hoodie with the words Spiritual Gangster emblazoned at the bottom, which actually covered her bottom. I asked her where she got it since I would love to be thusly decked out. She told me that she picked it up at a clothing exchange where someone else had wanted to pass it on. Then she related a tale around an encounter she had while wearing it.

“After reading my sweatshirt, the older man behind me in a line, said, in a gruff voice, “What the hell is a Spiritual Gangster?”

I replied, “What do YOU think it means?”

He said, “Maybe a Christian? Like, I am Lutheran.”

I said, “It could mean that of course, but I like to think it means there is something bigger than me, a higher power, and that my part of it is to be the most loving human I can be and to encourage others to do the same.” His tone softened as he said, “I’ve never heard of a spiritual gangster before.” I replied, “Now you have!”. I wished him a good day and went on my way!”

I smiled when I heard her response since it resonates with what I believe as well. I would add to it, that the way I embody it is to live outrageously, taking leaps of faith, trusting that I will be safely caught and held. I show up, stand up and speak out for those disempowered. I consider myself a sacred activist and holy rascal.

How gangsta are you?