Reflections From the Other Side

My parents have been gone from the Earth Plane for what seems like forever and simultaneously, only a heartbeat ago. My dad died from Parkinson’s Disease on April 3, 2008, and my mom joined him on November 26, 2010. The medical cause of her death was Congestive Heart Failure, but I fully believe that she died of a broken heart since she missed the love of her life. It gives me comfort to know that they are together, perhaps still dancing in the kitchen as they liked to do, in between raising my sister Jan and me, loving on their grandkids, Adam, Rachael, Peter and Bobby, working, volunteering, time with friends and extended family, keeping house, and expressing love in a myriad of ways. They were a model for a healthy, happy, long term marriage. They ‘spoke’ the Five Love Languages fluently. I have endeavored to emulate them in my own romantic relationships, but have yet to meet that intention. There is still time for that, thank goodness.

When they each passed, they were buried in a cemetery near their home in Ft. Lauderdale. Blessedly, they had pre-paid and pre-arranged funerals set up. It made it easier to allow for the emotional aspects of grief without the need to take care of the business of it. I officiated at both services since I didn’t want a rabbi who didn’t know them well, to offer the eulogy. It served a secondary purpose which was to shield me from the immense pain of losing my two most ardent cheerleaders and guides. It has taken the interceding years, much soul- searching, seeking support from friends and other family members and attending workshops that touched on loss for me to scratch the surface of it.

They are strongly with me and we communicate daily. Sometimes I hear distinct messages and sometimes subtle whispers come through. I feel their guidance and wisdom.

My son Adam and daughter-in-law Lauren just returned from a vacation in South Florida, visiting the Keys and Ft. Lauderdale. He had asked for the location of the cemetery since they wanted to pay their respects. I was moved to hear that and provided the information. They were able to fit it in yesterday on their way back from the fun part of the trip before leaving this morning. In the late afternoon, I received a text photo (above) that Adam had taken. Tears sprung forth since I had not seen this image in quite the same way as when I was initially confronted with the reality of my parents’ deaths many turns of the calendar page ago. I called and thanked him for “making your mother cry.” This nearly 32-year-old man was almost five when he came into our lives as a towheaded kid who had a huge imagination, lots of energy and enjoyed time with his devoted grandparents. Full circle, he showed his devotion to them by visiting their resting place in the Florida sunshine. I have told them that I am certain they would be proud of the man he has become and they would have adored Lauren; my dad referring to her as ‘doll baby’ and my mother calling her ‘babycakes’, which was their affectionate names for those they loved.

When I looked at the picture again this morning, I was moved to write this message to them, “I initially didn’t notice your shadows in the picture. It is a writing prompt for the ways in which we and our ancestors are light and shadow in our lives, reflecting us and us, them.” 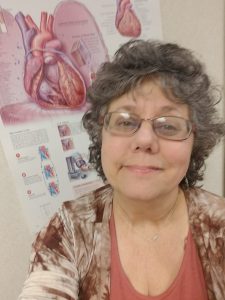