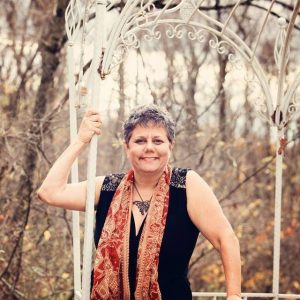 Twenty years ago this morning, I was waking up in a hospital family waiting room. Like every morning for the previous 5 1/2 weeks, I would rub my bleary eyes, that had likely only been closed for a few hours as my sore and tired body stretched after attempting sleep while curled up in a chair, or if I was lucky an available love seat. My husband had been wheeled into the ER at Thomas Jefferson University Hospital in Philadelphia in a coma on November 11th. He had been diagnosed with Hepatitis C in 1992 and six years later, after unsuccessful treatment and numerous previous hospital admissions, he was on the final round. We didn’t know it at the time, but he would not return to our home, rather he would indeed ‘go Home’ from this one. We had hoped against hope that he would receive a life-saving liver transplant. It was clearly not meant to be.

During his time there, he was surrounded by angels in scrubs who cared for the 48-year-old body whose clock was winding down. I too was embraced by those same Earth Angels who adopted me and my family as their own in the time we were there and I will be eternally grateful for them. I lived in the unit, eating hospital food where the cafeteria cuisine sometimes seemed like manna. I didn’t sleep at home until the night he made his transition. I remember the conversation with the young Resident who supervised his case. She told me that nothing could be done to save him at that point and that even if a liver became available (we never knew if one had), he was too weak to survive the surgery. My decision to discontinue life support was a no-brainer. It was to take place the next day on December 21, 1998.

When we were all gathered around his bed, including my then 11-year-old son who is now 31, holding his hand, I said goodbye to a man with whom I shared what I now call a ‘paradoxical marriage’. It brought many gifts that I wish I had never had to open and some for which I am infinitely grateful. The raw emotions still arrive unbidden at times. Shaking the memories off, wanting to cleanse myself of them, wipe them away as if the events had never occurred. Angry with both of us, feeling sorry for both of us that we didn’t have the skills to make the necessary changes to have the marriage be healthier and happier.

Tomorrow marks 20 years since Michael died. I don’t grieve his passing now as much as I do for that 40-year-old woman who had allowed so much of herself to die prior to that time. I still feel his presence occasionally and have continued to make peace with our fragments. I wish I could say that love is all that remains. There are still some ragged edges. I had given up so much in an effort to earn love and acceptance. Hard to imagine all these years later, things have done a 180-degree turn and I barely recognize myself. I have learned self-love and compassion, more flexibility and resilience. I have brought into my life so many kindred spirits who have enriched my existence that I would not have had he lived. I have embarked on all kinds of inner and outer adventures that would also not have occurred otherwise. I am grateful for the lessons and the love. Ready to relinquish any residual emotions that have stood in the way of my moving on to the next adventure.

I honor the spirit of the man who entered my life on October 24, 1986, as a curly-haired, red-bearded dynamo who taught me about love and loss. I wish I had been the woman I am now, more self-assured and confident. I wish he had been kinder and more patient. I wish his wounds had not spilled over into our lives. I wish I had been able to heal them.

In the interceding years, I have opened my heart to love again over and over. Some of the painful aspects of my marriage had stood in the way of fully committing to a new partnership. Never in a million years would I have imagined the various and sundry relationships I have found myself in during those nearly (holy shit!) two decades. Grateful for those people who are treasures in my life. Forgiving myself for not meeting my own expectations for how I ‘should have been’ in my marriage and letting go of self-blame and shame.

read next post
Minimize or Criticize?
archives most recent
More from Beliefnet and our partners
previous posts