Won’t You Be My Neighbor? -Movie Review

An iconic figure, whose love for and devotion to children worldwide, is gloriously feated in a newly released film, called Won’t You Be My Neighbor? As I sat in the darkened County Theater in my little town of Doylestown, PA, the clock rolled back to the year I turned 5 (1963) and onto the small (Black and White) screen meandered the sweetly subversive Fred Rogers, into Mr. Rogers Neighborhood. Sweet, because that seemed to be his demeanor (no overt skeletons rattling in the sweater closet, despite people saying he was a sniper in the military) and subversive because his simple messages had a profound and long-lasting impact on multiple generations.

Walking through the door of a minimally decorated house set, he zipped up a sweater, doffed his shoes and tied on sneakers. This was the transition from one aspect of his life to another as he modeled it for the audience. Regular reality to imagination time, a space where kids could feel accepted for who they were in a world where life could be confusing and far too fast-paced. Children’s tv at the time was filled with slapstick comedy and aggressive interactions between the characters. Fred Rogers had a vision that it could be far more. He was a hybrid- minister, musician, puppeteer, family man (husband and father of two boys)- his wife Joanne, sons James and John, as well as his sister Elaine,  shared stories about him throughout the documentary created by Morgan Neville. They were joined by cellist Yo Yo Ma, NPR host Susan Stamberg, and Director of The Fred Rogers Center, Junlei Li.

A lifelong Conservative Republican, Rogers seemed to have a Liberal bent, as well, as his message, was one of inclusivity, regardless of color, physical ability, sexual preference, and nationality. He argued successfully for the continuation of funding for PBS when then-President Nixon wanted to slash the funding for the network that hosted Rogers’ show until 2001. $20 million in funding was awarded instead.

From start to finish, this film unwraps the man who had several childhood illnesses that kept him bedbound at times. This was the breeding ground for his imagination to thrive. He grew up (as did his wife) not being expressive of anger. He used his own experiences to shape the show. The puppet characters were aspects of himself (including Daniel Tiger who made his debut serendipitously as Rogers needed to think quickly on his feet. ) that he was not able to verbalize himself.

The movie is an elaborate patchwork quilt of archived footage of historic events (the assassination of Robert Kennedy, assaults on Black people who were swimming in a pool where they were not welcome, and the explosion of the Challenger among them) and interviews with those who knew and loved Rogers well.  He used these occurrences and others to teach about topics that were skirted around such as death, divorce, and racism. His shows were not dumbed down for children. Instead, they were uplifting, elevating everyone who watched, regardless of age.

One of my favorite parts was the explanation of three digits that loomed large in his life, 143. He explained that it was code for I Love You. (the 1 stood for I since it was one letter, the 4 stood for Love since it was four letters and the 3 stood for You since it was three letters). He also revealed that due to his fitness routine- swimming daily, he maintained a weight of 143 pounds.

Neville shares, “I wanted to make a film to remind people about the value of radical kindness,” he said. “Fred’s message, when I distill it, he talked about grace. It’s this idea that kindness is not a naive notion like believing in unicorns and rainbows or something. It’s like oxygen: It is vital, and needs to be nurtured.”

He was slo-mo incarnate, as his speech was lulling and he valued silence, leaving space between words; the mark of a good listener. Several scenes showed him fully present with the children who gathered around him.

Prescient was an episode early on, in which one of the characters King Friday the 13th is insistent on surrounding his kingdom with a wall to protect his borders. Other characters launch balloons that carry messages of peace and the ruler transforms into a true leader by accepting them and changes his plans. Rogers died in 2003 and I wonder what he would have to say in response to the current state of affairs.

“When I was a boy and I would see scary things in the news, my mother would say to me, “Look for the helpers. You will always find people who are helping.”
“Play is often talked about as if it were a relief from serious learning. But for children play is serious learning. Play is really the work of childhood.”
“Knowing that we can be loved exactly as we are gives us all the best opportunity for growing into the healthiest of people.”

“The greatest thing to know is that you are loved and are capable of loving.”

Go see this movie and be sure to bring tissues. I would love to have lived in his neighborhood. Instead, I will create one from the brick and mortar of the loving lessons he provided. 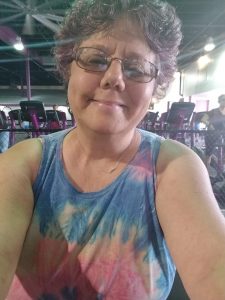