Last night I had the opportunity to watch one of my favorite Robin Williams movies. A lesser known film called Toys, it is the tale of delight and wonder, juxtaposed with darkness and fear; the yin and yang of life. The role seemingly custom made for him, Robin plays a boy-man, a kid in an adult’s body, who grew up in a family of toymakers. He, his father and sister live in a  factory where work is play and visa versa. Happy workers manufacture whimsical creations and are always on the lookout for innovation that brings more smiles to the mile, as is symbolized by the rolling roads outside and inside the factory. Laughter is served up daily as a perk to working there. Humor is goofy, silly, unabashed.

Directed by Barry Levinson, it also stars Michael Gambon, Joan Cusack, Robin Wright, LL Cool J, Donald O’Connor, Yeardley Smith, Jamie Foxx, Jack Warden, Debbie Mazar and Arthur Malet. The characters are polarized from the onset, with those who live/work inside the Zevo toy factory and those who come in from the outside. Leslie (played by Williams), Cusack (his sister Alsatia who is not as she appears), Kenneth (portrayed by Donald O’Connor, whose death sends everything topsy turvy like so many pick up sticks, blocks, and crayons left after a group of toddlers are through with them), Owen (Malet, who had also starred with Williams in Hook) and Wright (hired by Kenneth to charm Leslie and help groom him to step up and take his rightful place in the company…it works). Gambon (Leland Zevo is the maniacally military brother of Kenneth, who inherits the role of CEO) and his son Patrick (the initially hardcore camouflaged dude whose proclamation that he didn’t like his food touching since he was a military man).

When Kenneth passes, he reluctantly passes the reins to his brother, rather than to Leslie, since, while he has the colorfully creative skills it takes to be a toy maker, he doesn’t possess the business acumen to keep Zevo Toys in operation. Feeling displaced and disgruntled, since he never made it to 4 star Generalhood in the army as did his father, Leland hatches a dastardly plan to create his own mini-military force using toys and children’s fascination with them (particularly on screen games; a chilling omen about the video game addiction that many fall into now…the film came out in 1992).

The characters join forces to supersede evil with good, shining light in the face of darkness and love overcoming everything, the simplicity of childhood melts away the hard, cold, veneer of fear that fuels war, whether internal battles or the ones fought between people.

A reminder, as was inscribed in Kenneth Zevo’s tombstone (a bubble blowing elephant), “Let Joy and Innocence Prevail”. 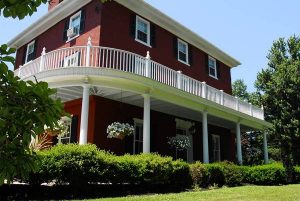 Impossible? Things Are Happening Everyday
archives most recent
More from Beliefnet and our partners
previous posts