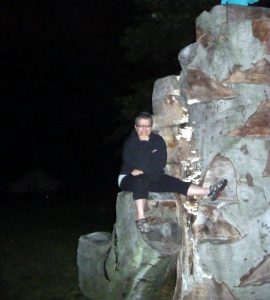 Writing this with a sty in my eye, obscuring my physical vision, but not blurring my insight. What is surprising is that this time the impairment is on my right side. Over the past few years, I have had shingles, kidney stones, plantar fasciitis, a heart attack and a Bakers’ Cyst, all on the left side of my body. Balance is a good thing in most cases. I know that a sty is a non-contagious bacterial infection that causes a lovely lump with gook in it that I can’t wait to be free from. Warm compresses, sans makeup, attempting to keep my hands away from my eye, resting it when I can, are all called for. From a metaphysical perspective, I wonder what I am needing to see.

According to You Can Heal Your Life by Louise Hay:

Eye: Represents the capacity to see clearly past, present, future.

Sty: Looking at life through angry eyes. Angry at someone.

I consider my life in the moment. I have been exploring all three time-frames and know that while I can’t change my past, I always have the capacity to alter how I see it and what I want to do to claim my life choices in each moment to propel me into a happier future. I teach it and preach it, so I had better live it. There are moments when I feel shoulda woulda coulda regrets but realize it is futile to hang on to what I can do nothing about. Much of my what if and if only thoughts come from the time period spanning my marriage back in the 80’s and 90’s. I am keenly aware that had I not married Michael, I would likely not have become a journalist since we published a magazine from 1988-1998 and when he died, I became a freelancer. Had I not married Michael, I would not have become an interfaith minister since he was the one in seminary and when he died, I completed the work he started and was ordained instead. Had I not married Michael, I would not have adopted my son and seen him through a challenging childhood and adolescence into successful and happy adulthood. Although I can’t claim total responsibility for how he evolved, I know I contributed. Had I not married Michael, I likely would not have become a bereavement counselor, since his illness and subsequent death taught me so much about loss and grief and made me a more adept guide for others. Had I not married Michael, I likely would not have learned as much as I did about my co-dependent tendencies that played a role in our paradoxical marriage that sometimes pulls me back away from the here and now into the there and then. I know that I have still (19 years after his passing) harbored anger and shame over events that were part of our time together. Even after all this time and heaps of personal work, some memories linger that I would much rather forget.

What I know is that unhappiness is the gap between how I think things ought to be and how they are in the moment. The question is, can I sit in the just don’t know-in-between until something changes (or nothing changes) and I come to peace with it? My pattern has been to rush past what I was unhappy about (spiritual bypass), rather than give myself permission to have a pouty pity party. A whole lot of ‘How come? It’s not fair’ I can then have compassion for myself and be less likely to take stuff personally.

Learning to see things from a higher perspective.