As I am writing this, I am flashing back to a year ago when I last sat in the Portland. Oregon kitchen of my friends Tom Ziemann and Michelle Ziemann. 12 months ago, it was his alone and now, as a couple, they share this cozy, cat-filled (10 felines are housemates, although you would never know it to take a whiff) space. Hearing the whirring of the fan to blast through the uncustomary Oregon heat and humidity, and the sounds of conversation about details of their wedding which is to take place this afternoon. They honored me by asking me to do the honors for their re-nuptials, since they were legally married in a civil ceremony last year, but wanted a spiritual ritual to celebrate.

I flew out last night after co-officiating at my friend Phil’s Celebration of Life service. Meandering back and forth between laughter and tears, I was able to maintain (composure isn’t the correct word since I wanted to allow myself to feel whatever arose in the moment) a sense of balance.  I had to be ‘on’ and still present to my emotions since I know that I tend to ignore my own needs in the face of responding to the call that was offered to me in 1998 to become a minister. Added to that was the heart and soul connection to the people at the gathering, that had an intentionally festive atmosphere. As I looked around the room, I took note that I have known some of them since the 1980’s (including Phil, whose soaring Spirit permeated the space). It flowed beautifully and I think Phil would have loved it. Equal parts theater, comedy, and sublime spirituality. His wife Janet (who with Phil did performance pieces to teach about mental health, addiction and bullying prevention) offered a loving tribute in the form of dance (part of which was an irreverent conversation during which she gave a one fingered gesture to God).  Phil’s cousin Len who is a Buddhist priest and I co-officiated. A beautiful blending of traditions, with drumming and chanting, outrageous storytelling, from the heart sharing about the man who touched so many lives, and songs, including a spoof version of the Bruce Springsteen hit Fire rendered in Elmer Fudd voice.

Since Phil was such an avid baseball fan, the service closed with a rousing chorus of Take Me Out to the Ballgame. Friends and family came together afterward to share food and Phil stories.  Immediately after that, I took my leave and headed to the airport to wing Westward. All seemed to go smoothly and I arrived in plenty of time, having been blessed with TSA pre-check clearance. Once we were Oregon bound, things changed.

I arrived in Portland in the wee hours after a 90-minute delay due to stormy skies. We were rerouted and the pilot thought we would need to land in Boise for refueling. Thankfully, we didn’t. Plane power nap got me going for a little while longer. I figured that there was a reason (on a cosmic level) I would be later than expected. When I landed and hitched a ride for the first time with Lyft, I found out why. My driver, Adrian was the angel sent to pick me up. He drove a white Kia Soul and almost as soon as I got in the car, he started talking about Higher Power and we were off to the races, as we explored the miraculous ways that life events unfold. I shared what I have experienced in the past few days, with Phil’s death and the service and getting here for Tom and Michelle’s wedding this afternoon and Adam and Lauren’s wedding next weekend and other assorted stuff. He listened empathetically and offered words of wisdom.

We spoke about his coming here from Barbados and that he is part of a reggae band called Seventh Seal and that he sings all throughout his day. His co-workers ask him why he is so happy. He attributes much of it to music, his spiritual faith, and world view. He believes that people are essentially good and that things happen for a reason. He said that he was going to call it a night and then decided to take one more ride. That was me. We were both glad he did.

As he dropped me off, we hugged. Feeling well taken care of.

It reminded me of one of the bits of wisdom I learned in seminary. As ministers, we were told we needed to be spontaneously available. I like to think I am. Available to answer the call of my heart, availability to my responsibility to my fellow planetary dwellers and to the illuminating Spirit that put me here in the first place. 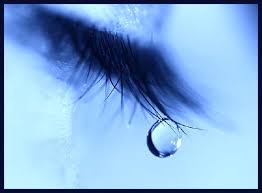