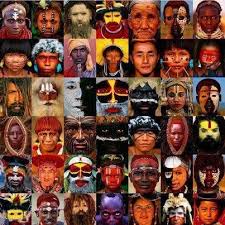 My friend Judy Freed introduced me to a word I had never heard, but have thought about countless times throughout my 58 years on the planet. It is known as ‘sonder’ and is defined in this way:

“n. the realization that each random passerby is living a life as vivid and complex as your own—populated with their own ambitions, friends, routines, worries and inherited craziness—an epic story that continues invisibly around you like an anthill sprawling deep underground, with elaborate passageways to thousands of other lives that you’ll never know existed, in which you might appear only once, as an extra sipping coffee in the background, as a blur of traffic passing on the highway, as a lighted window at dusk.”-  The Dictionary of Obscure Sorrows is a compendium of invented words written by John Koenig.

As a wordsmith, I am fascinated by the way this man’s mind works that allows him to create meaning behind concept. This one echoes with the stuff of life that has compelled me. As I consider the people who surround me, some ever so briefly, others long term companions, I know that there was a time when none of them were on my radar screen until one day, they appeared before me. Some came bearing love, others lessons. The reason-season-lifetime idea that people come to enrich our lives and teach us things we might not otherwise have learned.

When I was a child, sitting in the back seat of my parents’ car at night as we were heading home from an outing, I would watch through the window, homes in which other families dwelled and wondered if I would ever know the people who lived there. As I got older and was behind the steering wheel myself and passed through towns, I would imagine having some connection to that place. I contemplated what it might take for me to do so. Often times I would actually meet someone who lived or worked there.

When I was 14 or so, I went to a Polish festival at the Shrine of Our Lady of Czestochowa with my best friend Barb and her mother. We lived in Willingboro, NJ and it was located in Doylestown, PA, a good hour and some away. It seemed like the other side of the world at the time. Fast forward to present day and I am now living 10 minutes from the shrine and visit periodically to commune with Mother Mary. The site is in tribute to The Black Madonna.  I feel a sense of peace when I am there.

I encounter people on a daily basis, in my work as a therapist, as a minister, as a speaker, a FREE Hugger and as a journalist who embodies the six degrees of separation concept, that supposedly, we are separated by no more than six other people. In my life, sometimes it is zero degrees, since I often know someone who knows someone, or as my friend Greg postulates, “You who know everyone…” I wrote this article several years ago that highlights another example of the concept.

We imagine some lives as being of little consequence to us. The homeless person you pass on the street. The Syrian refugee. The woman who works on an assembly line packaging the bottles of strawberry jam for your morning toast. The child who rides down the sidewalk on her red bicycle. And yet, each of us is part of the intricate web of life. None of us might be where we are at this time without having crossed paths with certain people. They were center stage in their own lives and at first might seem like bit players for us, until they might become the stars.

This idea of connecting with others is intricately woven into the African concept of Ubuntu. The word emerges from the Bantu language and is beautifully described by Archbishop Desmond Tutu in this way, “It is the essence of being human. It speaks of the fact that my humanity is caught up and is inextricably bound up in yours. I am human because I belong. It speaks about wholeness, it speaks about compassion. A person with Ubuntu is welcoming, hospitable, warm and generous, willing to share. Such people are open and available to others, willing to be vulnerable, affirming of others, do not feel threatened that others are able and good, for they have a proper self-assurance that comes from knowing that they belong in a greater whole.”

We are only just one moment away from meeting someone who will change our lives in dramatic ways. May this be for the good. 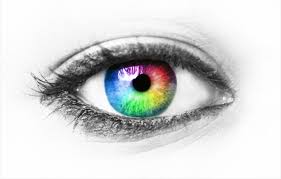