Do I Have A Fidget Spinner In My Head? 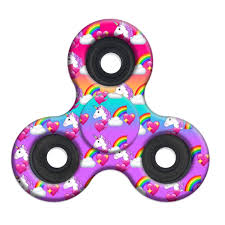 I was a busy-buzzy kid; always on the move. In a day’s time, I could be seen riding my bike, swimming, coloring, playing with dolls, digging in the garden, skating, hanging out in the woods, reading, and being with friends. I eschewed naps after probably four years old; not wanting to miss out on having fun. As a result, I have rarely been bored. That’s the upside.

The humorously downside is that my mind is easily distractible.  I can be in the midst of one activity such as writing this article and another thought pops in, like what I need to do later in the day and I make a mental note to take care of it; or an idea for an additional article dances in front of me, waving its hands. I also notice that I am pulled away from what is in front of me by Facebook, emails, a reminder to call someone or check my appointment book to make sure I get where I need to be on time. And then there is a prompt to switch the laundry, turn off the water boiling on the stove so it doesn’t dry up and scorch the pot. That almost happened last year, when I forgot.

Although I was never given a formal diagnosis, I suspect that I do have some form of ADHD. If so, I come by it genetically, since my father had a hard time sitting still. He was nearly always in motion, except when he would nap, which he could do standing up. Even so, he managed to work full time as a milkman and bus driver throughout his lifetime; remember his routes and the people he would encounter along the way. He also volunteered in our community, raised my sister and me along with my mother, had a full social life and friends. He also made time to run on the junior high school track across the street a few times a week, with our dog Hukki. A master at multitasking which I have become as well. Although I might make it look easy, it really does take intense concentration at times, to remain on task and complete one thing before moving to another.

Recently, my sister Jan sent me an article to which I can relate completely  Although I am not yet a senior citizen; at 58, I call these my ‘middle aged moments,’ and not senior moments, as the author refers to his or her ‘oh, look, a squirrel!’ distractions. The other difference is that I do eventually finish what I started. It is a necessity in the various lines of work in which I engage. As a writer, I have deadlines to meet. As a therapist, I have clients to see at specific times and days. As a minister, ceremonies to officiate. As a speaker places to show up on time.

A relatively new tool that purports to assist people in quelling distractibility is called a fidget spinner (pictured above). Some of my adult and child clients use them and vouch for their benefits. Seems that I don’t need one since I have one in my brain that feels like it is perpetually in motion. One thing that I notice making difference is being methodical in my actions. When I empty the dishwasher, as I did this morning and put everything in its place, it has a zen-like quality. It also sets me up to have a more easily flowing day.

Yesterday also presented an opportunity to test out that dynamic. A friend had asked me to work for her food business called One Love Catering at a Philadelphia event called Reggae in the Park. People lined up all day long for the luscious Caribbean food, redolent with the flavors and aromas of Jamaica. It involved setting up, food prep and serving from steaming silver trays. In order to maintain calm, I brought myself to a sense of one thing after another,  in a generally graceful dance with my co-workers. It helped that the music wafting through the air provided a sonic backdrop.  Each time I would hand the meal to the person in front of me, I would silently bless the food and them. Perhaps that is a key to maintaining focus so that my mind need not spin ceaselessly.

As I am writing this article, I am listening to this music for deepened concentration. 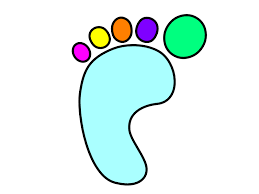