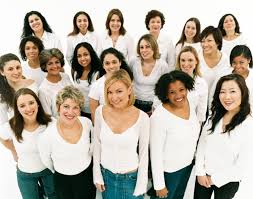 Today is marked as  International Women’s Day. Created in 1908 in response to global inequality, it called 15,00 in NYC to march for women’s rights. All these decades later, some of the same issues are present. Even though the wage discrepancy has improved, women still make only .80 cents for every dollar men with the same qualifications takes home. Misogyny is common and all too frequently institutionalized. With the current administration, it has skyrocketed.

Some took part in marches, runs, rallies, art showings, performances and on-line virtual gatherings. Others chose to take the day off from their work as a means of demonstrating how valuable women are. The saying, ‘Women hold up half the sky,’ reinforces that value. A contingent of women joined in the Day Without A Woman strike. Others chose not to walk off the job since they could not afford a day without pay and some were concerned with the possibility of losing their job. There were a few ways of supporting the cause, including:

I chose to engage in the second and third, as I saw a few clients and volunteered at a women-owned and operated equine rescue farm where I offered Reiki for the horses.

I woke up this morning thinking of the women in my life who have inspired me and helped me to become the one who is writing these words. First and foremost is my mother Selma Weinstein who believed in me beyond the beyond and now, on the others side of the veil, still does. My grandmother, Henrietta Hirsch (a.k.a. Giggie) was my live and in person angel, l until I was 4 years old and when she passed soon after, has been with me, keeping watch. My sister, Jan Weinstein-Sparta who raised her three children and is now caring for her granddaughter, in the midst of her own health issues. My aunts (my grandmother’s sisters) who were among 13 sibs; most especially my Aunt Katie who was a role model for fun and lightheartedness and my Aunt Edith who lived to be 103, whose independence and longevity astounded me. My dear mentor Yvonne Kaye has been a stalwart symbol of resilience and re-creating herself as she has taught me (much like my mother) that I can do anything I set my mind and heart to. Each of these women had/have a fire in them that fuels/fueled their actions.

I think of my women friends (some cis-gender, some transgender) who bravely step into each day, not knowing what awaits them. Raising children, raising animals, raising food, raising consciousness, raising spirits. In their names, I honor every day as sacred and a time of action.

Who are your Inspiristas?
Here’s to all of the women who uplift us! 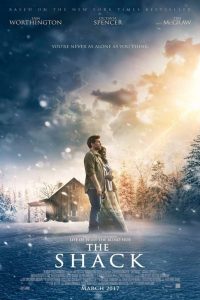 I Am Especially Fond of You: Movie Review: The Shack
archives most recent
More from Beliefnet and our partners
previous posts