Direct Line To the Divine 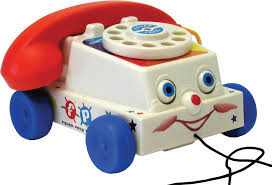 Many of us were taught that we required an intermediary to have a spiritual encounter. Clergy, saints or an intercessory such as Mother Mary or angels would ferry a message for us. Perhaps it arose because somewhere down the line, a person denied their worthiness to commune one on one with the Creator.

There is a rabbinical story that illustrates the nature of prayer when shared from a pure heart.

“One day, this a shepherd boy was passing by a synagogue and heard people inside praying. He came inside to join them. The only problem was they were all praying from prayer books. The shepherd boy was essentially illiterate, though he did know how to say the letters of the Hebrew alphabet. Not knowing what else to do, he stood in the back of the synagogue and yelled out “Aleph! Bet! Gimmel!” until he finished the entire alphabet.

Two of the worshippers were so offended that they went over to the shepherd boy and were about to escort him outside when the rabbi told them: “Stop! That boy’s shouting was more precious than any other prayers said here today! His prayer went straight up to Heaven!”

Some of my most potent ‘Godversations’ are as a result of the certainty that my thoughts and words will be heard. I learned long ago that prayer is portable and need not be confined to an edifice such as a temple, mosque, church, synagogue or monastery. It is my way of taking what is in internal and making it external. It isn’t about seeking intervention from an outside entity that (vending machine style) grants my wishes. Instead, it is a means of aligning with the divine, so that it and I are in synch. Sometimes events unfold at lightning speed and at others, with deliberate slowness. I have learned to ride the waves of the first and trust in the timing of the second.

When I posed the question to friends of various faiths, these are the responses that ensued.

“I struggle with what I believe G-d to be so my direct conversations or prayer tend to go out to the universe in general.”

“Yes, I truly believe that I have a direct line to the Divine Lord. As I have been so blessed to have seen Him.”

“As with conversations with humans: 2 ears, one mouth. Listen in that proportion.”

“According to their own data base and are at best 60 percent accurate. Doing so is simply human nature, as everyone’s belief systems and experiences are unique and form the foundation for extrapolating and communicating information. I encourage people to trust their gut feelings and communications rather than that of an intermediary. I prefer to teach people or provide them the tools they need to empower themselves. Accountability and responsibility for one’s own journey is monumental in their process of growth and spirituality.”

“All Jews have an interpersonal connection to G-d. He listens, but I guide myself after I explain perplexing situations and listen to myself on the matter.”

“Yes! In fact, my newest book is the second in a series of “Godversations.” Unlocked And Unleashed: The God Within You is the first book helping us with Direct Connection to the Divine, and my book launch for the second book is here: http://chireya.com/launch – Fall In Love with the Beloved Within ~ Online Book Launch Party.”

“I definitely have a direct divine connection.”

“My belief is that the Divine is within no matter what path.”

“My experience is that it’s not so much a conversation as listening.”

“I was taught I was talking to myself.”

“Yes, I have a direct line to the divine as everyone does. We are all part of the divine. I was taught (being raised Catholic) that I could speak to God through prayer or pray to intermediaries – angels, saints, Mary. When I pray, I use prayers from all religions. When I meditate, I have direct contact with the Divine.” 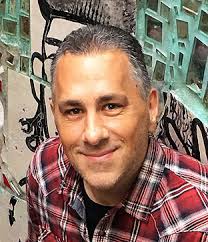