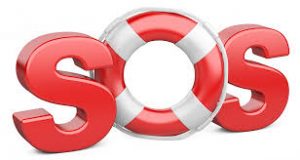 Recently, I listened intently as someone I know cataloged the many reasons she was unhappy with her life. They ranged from her appearance to her financial situation, from her relationship status (divorced) to her age-related memory loss. She had just told me about a dream she had in which she had lost control of the classroom in which she had been teaching and the kiddos were running around, climbing on desks and chairs, not listening to her; in general, carrying on. Someone unidentified had come in to take over. A recently retired career educator with more than 30 years under her belt, this person felt as if her life was as chaotic as the setting in which the dream had taken place. I asked her to tell me what it meant to her and she reflected that she felt inept and like she needed “someone to rescue me since I couldn’t do it myself.” It was embarrassing to her that she had to bring in reinforcements. I reminded her that sometimes we all need help and that when in the midst of life overload, it isn’t uncommon to have work related anxiety dreams.

I used to dream of the restaurant where I worked while in grad school back in the 80’s.  I was the only one covering the entire place. I had to take the orders, place them in the kitchen, deliver them to tables, clear and bus all the settings and reset them. All providing service with a smile. They reflected my beliefs about myself and the expectations for what I was to do.

In the same way, all of these ‘dream children’ were her overwhelming thoughts about her life and her inability to corral them, lest they run amok and wreak havoc. I asked her if, in the course of her teaching career, she had ever had an aide. She said that when the class size was larger and the needs were more acute, she did indeed have an assistant. I then inquired what qualities such a person should have. She smiled as she responded that she should be kind and caring, firm, but not too tough and that she should love the children and want them to succeed. I volleyed back that perhaps her mind was RE-minding her that an aide like that one was present for her to keep her chattering monkey mind from taking over. There is no shame in asking for and accepting help. She has been accustomed to believing that she should be able to do everything herself since she didn’t feel she could count on anyone else doing it for her.

She then said she was tired of the “same old sh*t.”  I asked her to consider that the initials were SOS; a cry for help. What if what we consider repetitive experiences as just that…a call to the Universe for guidance and support since we were never meant to everything on our own? No man or woman is an island.

I think about my own SOS beliefs that revolve around money and relationships, health and career. I need to decide at any given moment whether I want to go down with the ship or see it as a Source of Support. I choose the latter more often than not. In the past week or so, I have been immersed in listening to the teachings of Abraham-Hicks. Esther Hicks is the being through which an energetic presence or Source Energy called Abraham (not the biblical patriarch) speaks. I had initially heard of them when the movie The Secret came out in 2006. Their work highlights the Law of Attraction which focuses on the idea that like attracts like.  John Demartini’s statement, “What you think about and thank about, you bring about”, reflects the concept. I can lose myself in fear and worry or find myself in love and assurance all (despite appearances at times) is well. 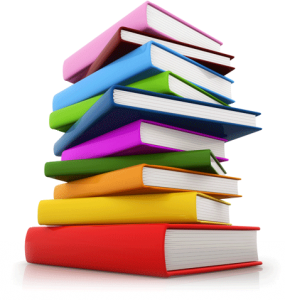