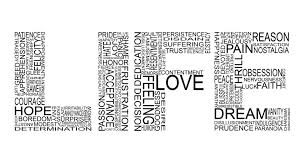 Lately, I have been having mortal thoughts. When we are young, we think we will live forever. It occurred to me that in 2018, I will reach the Big 6-0. Never in a million years did I imagine that my life would be as it is now in primarily delightful and sometimes disappointing ways. I figured that after 18 years widowed, I would have remarried, but instead,  have had short term relationships and wonderful lovers and remain freewheelingly available. Open to the ‘right one’ coming along. It took deep inner excavation, forgiveness of myself and my husband for being who and how we were in our marriage that ended when he died in 1998. What came along with it was soul searching to ask myself what relationship was really all about. In the interceding years, as an interfaith minister, I have married over 300 couples and from them, I have learned valuable lessons. Each one took a meandering path to meet each other. Each one overcame some challenge either before or since coming together. Each one is stronger as individuals and as couples as a result. I anticipate that the day will come when my Life Partner and I show up on the ‘stage’ together. Until that day, I do life, one moment at a time.

I had used my parents’ nearly 52-year marriage as a model for what I wanted but had idealized it to the point that it was a hard act to follow. I had set the bar far too high to hurdle over it. What that meant was attracting people into my life that were almost, not quite, you’re getting warmer teases from the Universe. Each time I would get a wee bit closer, with characteristics and qualities that I valued, but also missing pieces of the puzzle and non-negotiables in the way. I told myself I was ready, but clearly, I wasn’t.

In 2010 or 2011, I had a session with a grounded Mystic; a psychic, someone who had not met me and knew nothing about me when I sat down at her table at an expo. The mini session began with her telling me that I wasn’t going to be in a relationship anytime soon, but that I wouldn’t lack for lovers. She also said, “Your relationship will be with your Muse.” At the time, I hadn’t thought to ask her if she meant that my partner (whoever it was) was to be an inspiration who would cheer me on to creative output, or the creative impulse would be the one with whom I would share my life. At the moment, I am thinking the latter.

As a seasoned professional, I imagined that financial security would be signed-sealed-delivered. Instead, it has been a roller coaster ride; at the peak thus far, traveling extensively over the past few years, to wondering about paying bills. At the moment, I am in that betwixt and between state, grateful for the work I am blessed to do as a journalist/speaker/therapist/minister.

Yesterday, while on the elliptical at the gym, in conversation with another ‘heart buddy’, who had also been to cardiac rehab, we were sharing that the aches and pains our bodies felt were unexpected. He is far more active than I am; as he hikes and kayaks as well as sweating it out at the gym. My fitness routine also involves dancing and walking and occasionally yoga. Hot packs have become a new BFF as I warm them up and place them on my back and neck and sometimes my stiff left knee that clearly wanted attention last night.

This seasoned woman has more mental meanderings about death now that I am closer to the end of life than the beginning. I was talking to friends about this over the past few days and told them that although I won’t do anything to hasten the day but if I were to die tomorrow, I don’t have loose ends or things I wish I had said. I show and tell people in my life what they mean to me. Not one to hold back. I go out into the world with the intention to be a force for good. Having faced a day in 2014 when I almost didn’t get to do that, I am more acutely aware I don’t have the luxury of wasting a day. And neither do you. I encourage you to give it all you got. 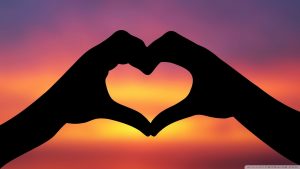