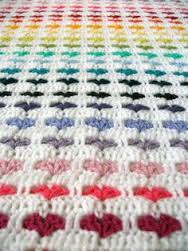 So much fear permeates the consciousness of the world at the moment. For an empath like me, it is palpable. I can sometimes hear the voices of those who are living in peril for their lives and safety and feel the gut-twisting terror and need to shake it off in order to function. I feel it and then attempt to offer love to heal it. It is an ancient and lingering energy, as old as humankind itself. Would that the prevailing mindset be ‘humankind’ instead.

I sometimes contemplate what it is that has people believing that it is in any way acceptable to intentionally cause harm to another. So much damage has been done by those who think with their reptilian brain, which is described as having a tendency “to be somewhat rigid and compulsive.” In the case of violent behavior, it is likely to act first and then think later. As a therapist, I have heard  the adage that “Hurt people hurt people.”  I know that they need not and that multi-generational patterns can be broken since I have abuse survivors in my personal and professional life who have made a conscious choice not to injure another.  I wonder what horrific damage was done to those who succumb to violent impulses. What shaped them? Is healing possible?  I think so, but first there needs to be a willingness and an understanding that the ‘other’ at whom they hurl their own deflected pain has the same dreams and desires that they do and wants to feel loved, as well, rather than see in them the enemy who they wish to obliterate before they can attack.

I read this story yesterday and it explains so much about the ways in which people use fear to divide and conquer. Sometimes those forces don’t succeed.  NOW would be the perfect time for that.

A group of Jewish Americans went to visit Israel in the sixties. There they met a well-known Rabbi who in spite of being debilitated by Parkinson’s, was a great beacon of light to those around him. He addressed the group and demanded, “what was the lesson of the Holocaust?” Mostly silence ensued, followed by some awkward murmuring of “never forget” and “always fight.” More silence.

“No!” the Rabbi said, slamming his fist down on the table. “When the Jews were in Auschwitz, the Nazis gave them one blanket per three people.”

“Why did they do this? So that they would fight among themselves. So that their humanity would be stripped away.”
“The lesson of the Holocaust was simple. “Share the blanket.”

It occurred to me that it was likely that some who lived in such dehumanizing conditions would huddle together for warmth, rather than fighting for a scrap of fabric. I have heard stories about people in various concentration or detainment camps all over the world, throughout time, sneaking food to others and answering with names of those who were too weak to show up for morning call and were still in their bunk so they would not be shot. Humanity in the midst of inhumanity.

Viktor Frankl spoke of this in his classic, Man’s Search for Meaning.  “We who lived in the concentration camps can remember the men who walked through the huts comforting others, giving away their last piece of bread. They may have been few in number, but they offer sufficient proof that everything can be taken from a man but one thing: the last of the human freedoms — to choose one’s attitude in any given set of circumstances, to choose one’s own way.”

In the midst of trying times, I offer the invitation to share the blanket. We will all be warmer.