Self Created Heaven and Hell: A Zen Tale 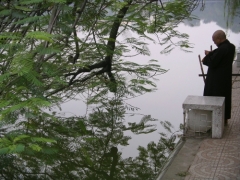 Depending upon your religious beliefs, you may perceive of heaven and hell as actual places you go when you die, commensurate with your choices and actions here on this earthly plane of existence. Often used with the intention to keep people in line and well behaved, I can say without a doubt, that the allure of heaven or threat of hell is neither a deterrent nor an incentive.  When you consider the crime rate and people intentionally causing harm and wreaking havoc, you may agree. Doing good, being of service, acting with kindness and love, when coming from genuine desire,  are a better barometer when done for their own sake. Although I was raised in a Jewish home and in a larger Judeo-Christian community, in which I was taught that they were indeed places: although no one ever located them on  a map for me, I have come to believe, that they are self created.

There is an ancient Zen tale that beautifully illustrates this idea. A big burly samurai comes to the wise man and says, “Tell me the nature of heaven and hell.” And the roshi looks him in the face and says: “Why should I tell a scruffy, disgusting, miserable slob like you?” The samurai starts to get purple in the face, his hair starts to stand up, but the roshi won’t stop, he keeps saying, “A miserable worm like you, do you think I should tell you anything?”

Consumed by rage, the samurai draws his sword, and he’s just about to cut off the head of the roshi.

Then the roshi says, “That’s hell.”

The samurai takes a step back and a deep breath along with it, bows his head and places his hands in prayer pose over his heart.

When we are caught up in anger and judgment, we are in a self created hell. When we dissolve into love, like sugar in warm water, then we are in a self designed heaven. Does that mean that we are not permitted to feel anger and frustration?  Not at all. We are human beings with a full range of emotions that allow us to be genuine. It is when we stay in unsavory mood states and use them to harm ourselves or others, that we are in the danger zone.

Each day, I know I have a choice. I carry judgments about the ways in which I and other people ‘should’ think and act. It is when I haul them around for too long, that they become heavy and burdensome. It is when I consciously choose to put them down, that I levitate into the heaven of my imagination. 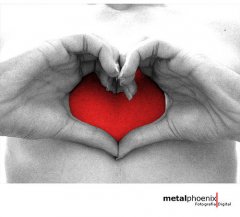