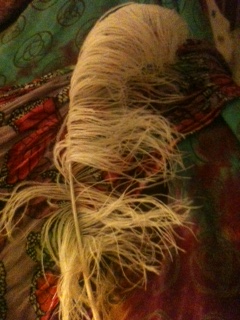 This morning, I was listening to a replay of an interview between host Cindy Kubica and her guest,  psychic Tori Hartman. They were speaking about multi-generational agreements; some spoken and some left unsaid but powerfully present nonetheless.  They may take the form of  illness, addictions, financial as well as relationship patterns. Tori was suggesting that we exhibit them despite the pain they might bring forth, because we have made these contracts that can be renegotiated. She also speaks of the story we tell ourselves; our own personal interpretation that shapes our experience on an ongoing basis. Not only that, but Tori asserted that it is not merely our interactions with our parents that comes into play, but our grandparents. I had a holy smokes moment at that point.

One of my ongoing patterns in relationship has been connected with two historical events that I have been aware of for a long time, but in this moment, knocked me over. My maternal grandmother was widowed when my mom was 18 and never remarried. Not even sure she dated after losing my grandfather, likely in her 50’s. She lived into her 70’s, I believe. My paternal grandmother was widowed likely in her 50’s, since my grandfather’s passing took place between my parents’ wedding and my birth. She never remarried and lived to be 84. Both of them turned their attention to taking care of the children and then the grandchild, seemingly content with that lifestyle. Both were engaging, charming women that seemed to be universally loved by family, friends and their communities.

I was widowed at 40; which was nearly 15 years ago. I have dated. I have had short term relationships, but have not yet met someone  I could see as a long term partner. I have done much of the ‘prep work’ to heal my heart, open to attract divine love in human form. I sometimes feel as if something has been standing in the way and this dynamic might be part of it. Seems like it is time to renegotiate that contract. I have long been the caretaker for people in my life, to my own detriment at times; putting up unconscious blocks despite conscious intention to be in  a healthy, long term relationship. Because my parents have also both passed, there is no one to ask about the nature of my grandparents relationships and the ways my grandmothers interacted in the world following their husband’s deaths.

Seems as if it is time, perhaps beyond time, to re-write the agreement. Grabbing the pen and signing on the dotted line.