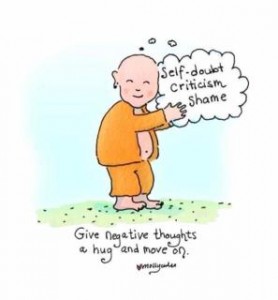 In learning to hold both our pain and our pleasure we can embrace the Bliss that is always available. – Dr. Jennifer Howard

Holding pleasure is always my first choice, as it is for most folks. Throughout my life, I have avoided pain as best I can, denied it when it arrived. pushed past it,  and yet I have learned that it can often be a powerful teacher. As a child, I had the requisite boo-boos from falling and skinning my knees, spraining my ankles and on three occasions, had broken them (6th, 8th and 10th grades).  I was diagnosed with asthma around 4 or 5  and spent years in the doc’s office for allergy shots and check ups, and nights in the bathroom, inhaling steam to open my constricted lungs. I grew up in a family in which care, but not over-protection was offered and I was a rough and tumble kid at times…biking, skating, sledding, swimming, getting muddy, hanging out in the woods. Emotional boo boos were not as comfortable for me. I put on a smiling face and made things look better and easier than they were.  I learned to be a chameleon and go along to get along, to fit in when I felt weird (an alien baby left on my parents’ doorstep as I sometimes gleefully informed them).

It seemed like that behavior served me at times, but in retrsopect, I can see where it hindered my growth and kept fully genuine connection at bay. Even now there are times when I act as if everything feels good, when some days, it just plain sucks! I have learned the difference between pain and suffering, but when I deny distress, it has an opportunity to go underground for a bit and then resurfaces, perhaps in a more clever disguise. Better, I have learned, to recognize it, address it, ask it literally what it wants me to learn, because when I do that, it isn’t as daunting to move through. I am allowing myself to hold and be held in that pain state, to permit it to be soothed and ameliorated. It is only then that I am able to be fully human and real and in my work with clients/attendees at my workshops and classes, I can hold space for them to move through their own painful experiences so as not to deny or exacerbate. It is a necessity for this recovering co-dependent. There was a time when I would take on others’ pain in order to avoid my own, which of course would come back to bite me in the tush more times than I can count. I became an empath (think Counselor Troi on Star Trek: The Next Generation) which is quite an honor and can at times bring with it vicarious traumatization. One of my many hats is that of a social worker who is privy to stories that would curl most people’s toes (and not in a good way): I sometimes need to shake it off, sweat it out at the gym, cry it out in the car and cleanse if off in the shower, since other people’s pain sometimes sticks to me like burrs that you would collect on the hem of your pants if you were walking through the woods.

Friends have reminded me over the years, that I have the right to acknowledge pain and challenges rather than brush them off, since after all, I reason that other people have it much worse and I have little to complain about in my life. Mine is legitimate as well and when I gaze backward in time, I can marvel at what I have gotten through, relatively sane and vertical.

Most of the pain I endure comes from within…the negative monkey mind chatter, the subtle and overt put downs, the self deprecating, seductive dance. It is when I  bless it all, the pain and the pleasure, embracing the aspects of myself that are petulant and disgruntled, I emerge restored.

http://youtu.be/StcMnwyhpdQ Benedictus by The Strawbs