As a woman in the 5th decade of life, I have witnessed The Women’s Rights Movement, the defeat of the  ERA (Equal Rights Ammendment) for the silly reason that uneducated people believed it would mean co-ed bathrooms. I have heard and read about female genital mutilation, rape to control and punish women in various cultures. I have seen the results of sexual assault as a therapist/social worker who counsels survivors of said traumas. I have observed the subservience of women in the guise of misogynistic spiritual beliefs. I have, with deep sadness, seen the impact of disregard for the Earth as Mother. We all pay the price for that.

AND I am heartened by a trend…that of men stepping forward and apologizing for what their gender has done, whether of not they have ever committed any of the aforementioned acts. The Divine Masculine is coming face to face with the Divine Feminine as together, we do the graceful dance of love and life.

A video called Dear Woman was created by author and speaker Gay Hendricks and author and awakening coach Arjuna Ardagh. It is a profoundly humble and bold form of communication that reaches beyond gender stereotype and into the heart of humanity. As I watched it, I experienced goosebumps and tears and it resonated as truth. Although I can’t speak for all women, for myself, I gratefully accept the offerings made by the men in the video.

Watch the video and I encourage you to take it to heart, whichever gender you happen to be. 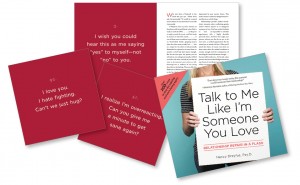