The morning of my son David’s Halloween party I was running through the Naval Academy with my double stroller (with just Katherine onboard). I was rushed as always, trying to squeeze in six miles before showing up to the party for the games and costume parade.

“Excuse me!” I screamed to the guy in front of me, practically running him off the sidewalk. (The eating-disordered OCD in me was on a mission–fixated on getting to mile six).

The 60-year-old man, probably a math professor, turns around with a red face and tears running down his cheeks.

“My mother died this morning,” he said to me.

“Crap,” I thought, “there goes my six miles.” (I know, how self-absorbed can I be?) I panicked, not knowing how to respond or what to do. I was used to being the crier, not the consoler.

I studied his face, his gray beard, and I asked myself what was most helpful to me during those uncontrollable crying spells during the year of my horrible depression. Certainly not lectures. They were annoying and offensive. Not tips. Just more things to feel guilty about.

What comforted me most was when someone just listened, and didn’t say a thing.

“I suspect that the most basic and powerful way to connect to another person is to listen,” writes Rachel Naomi Remen, M.D. in “Kitchen Table Wisdom: Stories That Heal.” “Just listen. Perhaps the most important thing we ever give each other is our attention. And especially if it’s given from the heart.”

I stopped running and went to hug the man. Then I waited there, and listened to his story for about ten minutes.

“My mother was the greatest woman who ever lived,” he said. “And that there (as he points to Katherine), that is the most important thing you’ll ever do in your life. So treasure your time with her while you have it.”

“When people are talking,” writes Remen, “there’s no need to do anything but receive them. Just take them in. Listen to what they’re saying. Care about it. Most times caring about it is even more important than understanding it.”

I remember that math professor and the lesson he taught me today as I write about how we might respond to the grieving families of the Virginia Tech victims. And I consider these words the theologian Paul Tillich wrote: “The first duty of love is to listen.” 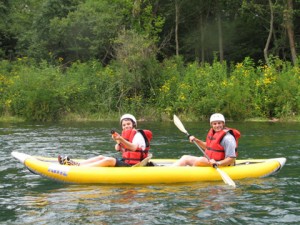