Shadows in Prayer: The Seven D’s of the Spiritual Life 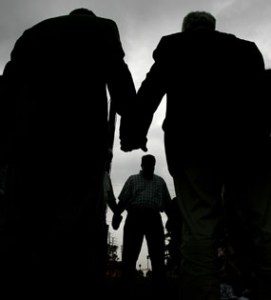 A few years back, when Mother Teresa’s surprising writings were published about her inner turmoil, my Jesuit friend, Jim Martin, penned the following piece, “Shadows in Prayer,” for “America” magazine. It’s a fascinating read and asks the very questions that often plague my prayer life.

I’ve included a few paragraphs below. For the rest of the article, please click here.

Shadows in Prayer: The seven D’s of the spiritual life

One challenge for readers of “Mother Teresa: Come Be My Light,” the collection of Blessed Teresa of Calcutta’s letters published last fall, is to distinguish among the terms darkness, dryness, desolation, doubt, disbelief, depression and despair–the “seven D’s.” On a popular level, some journalists, media analysts and bloggers conflated Mother Teresa’s “darkness” with “disbelief.” Christopher Hitchens, the atheist author of God Is Not Great, was not the only one who asked, after reading selections from the book, whether the “saint of the gutters” was a closet atheist. Even devout Catholics had difficulties grasping how Mother Teresa, considered a paragon of faith, could have suffered from a feeling of abandonment by God. While some Catholics saw her example as one of remarkable fidelity, others were disturbed to read such lines as, “I have no faith.” One woman asked me, “How can I expect to pray at all, when even she couldn’t believe?”

Such reactions show how easy it is for the media and the public to be addled sometimes by the complexities of the spiritual life and, also, how confused terminology can become, even among those familiar with prayer.

The “seven D’s,” however, are distinct, and Christian spiritual masters have long used specific terms to refer to distinct experiences. One may experience dryness without depression (for example, during a retreat when one suspects that the period of dryness in prayer is temporary). One may encounter darkness without disbelief (as did St. Thérèse of Lisieux, who continued to believe despite spiritual aridity near the end of her life). Experiences can overlap, too. Darkness can lead to occasional doubt, as in the case of Mother Teresa. And depression can lead, as even atheists and agnostics know, to despair.

Darkness has been an important theme in Christian spirituality since St. Gregory of Nyssa in the fourth century. Perhaps the most often quoted source on the topic is St. John of the Cross, a Spanish mystic. Ironically, he may be the most misquoted as well, as illustrated by frequent references to the “dark night of the soul.” His original 16th-century poem is called simply Noche Oscura, “Dark Night.”

“Dark night,” however, is only one way of describing a particular state of feeling isolated from God. Around the same time St. John was writing, St. Ignatius Loyola wrote of “desolation” in his Spiritual Exercises. So even the most educated Christian can be forgiven for wondering: Are the two saints talking about two phenomena that are the same, or similar or different?

Perhaps confusion stems not only from an imprecise, overlapping and shifting use of terms but also from a failure to recognize that everyone who prays will at some point encounter many of these states.

What are these states? How do they affect our relationships with God? Lent is a good time to reflect on these categories, not only as a way of taking stock of our spiritual life but also as an invitation to meditate on Jesus’ own expression of isolation on the cross, “My God, my God, why have you abandoned me?”

What follows is a brief overview of the seven D’s, beginning with some simple definitions, followed by comments from past and present spiritual masters.

1. Darkness is a feeling of God’s absence after having developed a personal relationship with God. For St. John of the Cross, there were two types of “dark nights.” The “dark night of the senses” is an experience of one’s own limitations and the removal of attachments to the consolation felt in prayer. It is “an inflowing of God into the soul whereby he purges it of its habitual ignorances and imperfections,” wrote St. John. At a later stage, some experience the “dark night of the spirit,” which is a more profound challenge to faith. But both are steps toward deeper union with God.

Janet Ruffing, R.S.M., professor of spirituality and spiritual direction at Fordham University, describes St. John’s dark night as a “mystical experience of God that overwhelms our normal way of apprehending God, and leads not only to an increase in faith, hope and love, but also eventually into a place of light.” She believes that while almost everyone who prays seriously will encounter the dark night of the senses, relatively few will experience the dark night of the spirit.

An experience of darkness can be a gateway to finding God in the nada, or nothingness, and an entry into the via negativa, the negative way. Ruth Burrows, a Carmelite nun, writes in her book “Essence of Prayer” that God “wants us to trust him enough to live with him unafraid, totally defenseless in his presence. We can truly say that John of the Cross’s teaching has as its sole aim to bring us to this inner poverty.”

A person in darkness feels isolated from God. Yet with patience (whether or not one can identify which “dark night” one is experiencing), one can let go of the need to feel God’s presence constantly and gradually move through the darkness to discover greater intimacy with God.

2. Dryness is a limited period of feeling emptiness in prayer. “Dryness is more temporary than darkness,” says William A. Barry, S.J., author of “God and You: Prayer as a Personal Relationship.” Anyone who prays will at times feel dryness in prayer, when nothing seems to be happening. “There is little in the way of sensible consolation,” Father Barry said in an interview.

These natural parts of the spiritual life can increase our appreciation for richer moments. One never knows what kind of inner change occurs during “dry” times, and being with the living God in prayer is always transformative. As a Jesuit novice, I once confessed to my spiritual director that nothing was happening during my prayer. It seemed a waste of time. “Being in the presence of God is a waste of time?” he asked.

Much as even a close friendship goes through some quiet or dull times, so our relationship with God may go through dry patches. But being with a friend in such times is necessary if the friendship is to be sustained and grow in intimacy.

3. Desolation is feeling God’s absence coupled with a sense of hopelessness. St. Ignatius Loyola describes it as “an obtuseness of soul, turmoil within it, an impulsive motion toward low and earthly things, or a disquiet from various agitations and temptations.” It is more than feeling dejected or sad. “Desolation is often confused with simply feeling bad,” says Barry. “But it’s more accurate to say it is a feeling of estrangement from God.”

Margaret Silf, a columnist for America and author of “Inner Compass: An Invitation to Ignatian Spirituality,” notes that desolation has a quality of isolation. “Those in desolation are turned away from the light of God’s presence,” she told me, “and more focused on the shadows.” Father Barry agrees. “In desolation it’s more about the person than it is about God,” he says. “Ultimately this leads to despair.”

Desolation is distinct from St. John’s dark night. In desolation, writes St. Ignatius, one is moved toward a “lack of faith” and is left “without hope and love.” In the dark night the opposite is happening, as one moves toward complete abandonment to God. “For the one experiencing this, it may be easier to see this in retrospect,” says Janet Ruffing. “But in the Ignatian worldview, the dark night is actually consolation.”

The desolation Ignatius describes may seem far removed from the lives of average Christians. But it is a common, painful state experienced by many people, coupled as it is with feelings of “gnawing anxiety,” as Ignatius puts it. He counsels that in these times one should, among other things, redouble one’s efforts in prayer, remember times when God seemed more present or remind oneself that it will eventually pass. He also reminds us that all the fruits of prayer are really gifts from God, which we cannot control.

For the rest of the article, please click here. 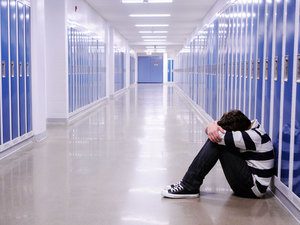 How Do I Care For Someone With Depression?
archives most recent
More from Beliefnet and our partners
previous posts