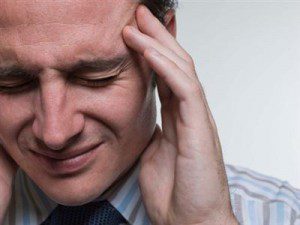 One of my favorite male bloggers is John at Storied Mind because he writes about things most of my readers can relate to: work stress, sexual addictions, and the fine line between health and illness. I love his post called “Surviving Work, Surviving Depression,” and not just because he mentions my video about the cafeteria Catholic, when I say that my first priority ALWAYS is to stay alive. To get to his incisive post, click here. Following is an excerpt:

This past week I had another of those setbacks at work that push me closer to the edge. The details don’t matter. My reaction is what matters, and the initial tendency is to despair, getting to the point of thinking, Maybe I should kill myself. First I’m scared, then grieved, then angry that I should let depression push me that far. And I ask instead, why do I keep getting into these no-win situations and then wonder why I run into the same sort of trouble, over and over?

There are times when a work situation is so wrong, so badly matched to the state you’re in that the best solution is to get out of it altogether. Putting blame elsewhere may seem justified in the short term, but in my case it’s clear that I bring these problems on myself. Staying in the wrong job can become completely self-destructive.

That realization leads me to speed up the transition to a different career I’ve been planning. Trying to keep on even temporarily with the intense work I’ve been doing isn’t compatible with the limitations I’ve been learning to live with. Time to listen to Julie Fast who admits she’s depressed more than she is well and can’t work a 9 – 5 job. Instead she has had to be more productive with the limited time she has. By accepting that reality she’s turned her mind around to focus on what she can do, not what she can’t. Read more here.

Also from MayoClinic.com, these health complications resulting from untreated depression, and the suicide statistics for males (note: this is written for the reader seeking help):

Like other men, you may feel that your depression symptoms aren’t severe. You may believe that you should be able to just get over them or tough them out. You may try to deny them, ignore them or blunt them by drinking too much alcohol or working longer hours. But left untreated, male depression symptoms can disrupt your life in many ways and leave you chronically unhappy and miserable.

Depression can also affect your health. For instance, it can keep your stress response continually activated, a state that can damage many organs, including the heart. Depression may even shorten your life. In a given year, men with depression are more than twice as likely as men without depression to die of any cause. Women with depression also have an increased risk of dying, compared with women without depression, but the difference is not as great as it is in men. Although the reasons for this difference are unclear, men with depression may be more likely to engage in self-destructive behavior – from excessive drinking to reckless driving to suicide – that may contribute to it.

Men are more likely to use more lethal means in suicide attempts, such as guns, which partly accounts for their higher rate of suicide. But other factors also are involved. One such factor may be their tendency to move from suicidal thoughts to suicidal actions faster than women. Men take an average of just 12 months to go from contemplating suicide to attempting suicide. In contrast, it takes women about 42 months. During this time, men are less likely than women to show warning signs, such as talk of suicide. Because this window of opportunity is so short, family and mental health professionals may have little chance to recognize a man’s depression and intervene.