Why Sugar Is Dangerous To Depression

You don’t have to be a rocket scientist to appreciate the link between sugar and depression.

Anyone who doubts the relationship need only to spend a night in our house and see what type of behavior happens when two kids consume 12-ounce cans of Coke or Sprite — and the demonic demonstrations that happen after a 7-11 slurpee, especially if it’s red or blue, or God forbid, a mix.

People who suffer from depression are especially vulnerable to sugar’s evil power. I am so sensitive to white-flour, processed foods that I can practically set an alarm to for three hours after consumption, at which time I will be cursing myself for inhaling the large piece of birthday cake at the party because I am feeling so miserable. That doesn’t stop me from eating dessert at the next gathering, of course, but the awareness between sugar and mood does help me better understand some of my crashes.

What, exactly, is going on inside our brain when we take a bite of that fudge cheesecake?

I found a cool site called “Food for the Brain” that offers this simple explanation:

Eating lots of sugar is going to give you sudden peaks and troughs in the amount of glucose in your blood; symptoms that this is going on include fatigue, irritability, dizziness, insomnia, excessive sweating (especially at night), poor concentration and forgetfulness, excessive thirst, depression and crying spells, digestive disturbances and blurred vision. Since the brain depends on an even supply of glucose it is no surprise to find that sugar has been implicated in aggressive behavior, anxiety, and depression, and fatigue.

Lots of refined sugar and refined carbohydrates (meaning white bread, pasta, rice and most processed foods,) is also linked with depression because these foods not only supply very little in the way of nutrients but they also use up the mood enhancing B vitamins; turning each teaspoon of sugar into energy needs B vitamins. In fact, a study of 3,456 middle-aged civil servants, published in British Journal of Psychiatry found that those who had a diet which contained a lot of processed foods had a 58% increased risk for depression, whereas those whose diet could be described as containing more whole foods had a 26% reduced risk for depression.

Sugar also diverts the supply of another nutrient involved in mood – chromium. This mineral is vital for keeping your blood sugar level stable because insulin, which clears glucose from the blood, can’t work properly without it.

So what do you do if you want to level out your blood sugar so that it’s behaving more like the Dalai Lama than Michael Jackson inside your brain? In her national bestseller “Potatoes Not Prozac,” Kathleen DesMaisons offers a seven-step dietary plan for sugar-sensitive people like me. I’ve tried to implement her suggestions into my diet because, as a recovering drunk and depressive, too much sugar can get downright ugly. 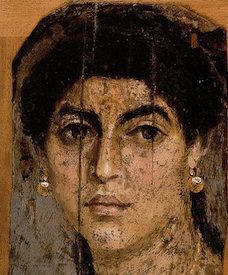