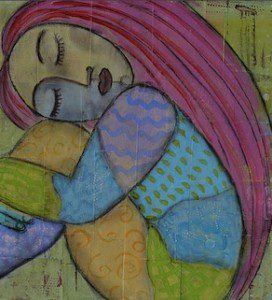 The research is in. Loneliness isn’t just a case of the sniffles that can be cured by a singing Hallmark card. It’s associated with increased risk of heart disease, higher rates of inflammatory disease, and diminished immune function. According to a team of psychological researchers out of the University of Michigan, loneliness has a stronger morbidity factor than smoking! Researcher Dr. Robert Wallace has found that loneliness among the elderly was a better predictor of mortality than blood pressure—one of the best ways to predict admission to nursing homes.

Like depression, loneliness can become unbearable in that so much shame is attached to it. University of Massachusetts sociologist Robert S. Weiss, one of the first researchers to study the theory of loneliness and a prominent expert on the topic today writes in his book, “Loneliness: The Experience of Emotional and Social Isolation”: “So great is the shame of the lonely . . . that they are wary of each other’s company — a bit like Groucho Marx, who believed that any club that admitted him could not be worth joining.”

What, exactly, is loneliness?

* Interpersonal loneliness is the most familiar type — where one misses an intimate relationship with another very special person such as a spouse or close friend.

* Social loneliness is a feeling of being cut off from a group one considers important, such as a church or fraternity.

* Cultural loneliness occurs when one feels separated or alienated from a way of life or system of traditions. This is the type of loneliness suffered by minorities who feel they aren’t part of the mainstream of the dominant society. It is also felt by those who see their cultural heritage rapidly changing or disintegrating around them.

* Psychological loneliness refers to a person’s being out of touch with themselves and their true feelings.

* And cosmic loneliness is a yearning for an ultimate source of life and meaning, or God.

Those of us diagnosed with mood disorders may continually battle psychological loneliness, especially if we are recovering from traumatic and dysfunctional childhoods. And I’m reminded of Saint Augustine’s words when contemplating cosmic loneliness: “Our hearts are restless until they rest in you.”

It’s these two kinds of loneliness—psychological and cosmic—that I fight on a daily basis. I am married to an incredibly supportive and loving man; I have caring, fun friends; and I am very involved in my community—however, there is a pervasive loneliness that never totally subsides.

Awhile back Martha Lear wrote an interesting article about loneliness in the New York Times magazine. She explored a few different theories and types of loneliness, and then divided loneliness into two primary camps—situational (or seasonal) loneliness and chronic, pervasive loneliness. Those that experience the latter may, in fact, possess a “lonely personality.” Lear writes:

Beyond the loneliness of circumstance, which is bad enough (so bad, in fact, that people often describe it as being ”painful beyond description” and cannot, when it’s over, in any way recall how it felt), and beyond the loneliness of season, which for many people is an annual malaise that hangs on like a germ from Thanksgiving through New Year’s, is the persistent, pervasive loneliness that is dictated from within. There is the lonely personality.

The social psychologist Warren H. Jones, of the University of Tulsa, has studied subjects who go through long stretches of life feeling lonely. He placed them in social situations, such as cocktail parties, where they behaved ostensibly quite the same as everyone else. But they asked fewer questions. They talked more about themselves. Most tellingly, later they were far more critical of the social performance of others (”unfriendly, cold”) and of their own social performance than the others were of them.

It is not mere shyness, Jones says. Loneliness-prone personalities consistently show a lack of empathy and an avoidance of intimacy: ”They say that they are lonely because they lack social opportunities. But the question that keeps gnawing at me is, is this lack real? Or does it reflect their own negativism?

”Therapy – almost any kind – will help such people somewhat. But at the end of it, they’ll still be lonelier than other people. I’m sure it begins in the prototype relationship we all have. If that one doesn’t go well, if it nurtures suspicion and distrust, subsequent relationships won’t go well either.” Current research generally confirms Robert Weiss’s theory of loneliness. It comes, he suggests, in two bitter flavors: the loneliness of emotional isolation, which means the lack of an intimate emotional attachment, most typically a spouse; and the loneliness of social isolation, which means the lack of friends, community, social networks. The lack of either can cause feelings of the most desperate, desolate loneliness.

This model helps to explain why people who lack one-on-one relationships can feel wretchedly lonely amid good friends; and why happily married people can feel miserably alone when they move to strange communities. But the mechanism that makes such feelings palpable – the muscular tension, the pulmonary agitation, the visceral wrench – is still a mystery.

In a strange way, this helps me to feel better about my pervasive loneliness … because I’m less apt to fret about my relationships or my therapy or my recovery program … or about something that I must be doing wrong to experience this sadness so regularly. Perhaps it isn’t something bad at all. Maybe it provides a perspective of the world that few people can enjoy—with a few more shades and textures–even if it hurts at times.

Or maybe it’s even a gift. That’s what spiritual author Henri Nouwen says:

The pain of your loneliness may be rooted in your deepest vocation. You might find that your loneliness is linked to your call to live completely for God. Thus your loneliness may be revealed to you as the other side of your unique gift. Once you can experience in your innermost being the truth of this, you may find your loneliness not only tolerable but even fruitful. What seemed primary painful may then become a feeling that, though painful, opens for you the way to an even deeper knowledge of God’s love.

Artwork by the talented Anya Getter.