“Were you bipolar growing up?” a magazine editor asked me the other day.

“Do you think you were misdiagnosed back then as depressed?”

I can clearly say that something was wrong with me, but I’m very careful to throw the “bipolar” word around when it pertains to kids given all the debate today on the topic.

Friends of mine rant on another friend for medicating their daughter for bipolar disorder, who, according to the friends’ eyes, is perfectly fine.

And then I hear the sadness and utter frustration of another friend whose bipolar daughter was just expelled from school.

While I tend to be pretty conservative about meds myself (you’d never guess that, right?) — taking only what I absolutely have to — there is no way I would judge a mother who is trying to find the best possible treatment for her daughter, which may very well include hefty meds.

Diagnosing psychiatric illness in children, before adolescence, is difficult for a variety of reasons. First, because most young children are unable to adequately describe their mental experience, diagnosis is often based on the observations of parents, teachers, and caretakers, rather than on what the child reports. Second, research involving children is more difficult to conduct, so the body of literature surrounding psychiatric illness in children is less extensive.

Classic bipolar mania, which consists of a distinct period with an elevated or irritable mood, inflated self-esteem, decreased need for sleep, and fast or racing thoughts, and in which a person is more talkative than usual, easily distracted, and has increased activity, especially in pleasurable activities or risky behaviors, is extremely uncommon in children under the age of 12. What is more common is for a child to experience depression before adolescence and then to develop his/her first mania as a teenager or young adult.

According to a February 2010 NPR story by Alix Spiegel, the number of children diagnosed with bipolar disorder has increased 4,000 percent since the mid-1990s. It is estimated that 1 million children in the United States have been diagnosed with the disease.

Statistics don’t offer details, though. They can’t tell the story.

It wasn’t until I opened Terri Cheney’s new book, The Dark Side of Innocence, that I could recognize bipolar symptoms back in grade school and even before. I found it somewhat eerie that Cheney, raised Catholic, writes about the saints as a little girl, the significance of her First Communion to living or dying, and describes darkness of the soul, and the devil, and a black night similar to the first chapters of my memoir, Beyond Blue. Her writing has given me a fresh perspective of my own childhood, shedding some light on early manifestations of my own madness.

I could have written these paragraphs:

There were really only two avenues open to me:

1. I could win back my father’s love, or

Don’t ask me how I knew about suicide at such a tender age. The Black Beast knew all sorts of things that were better left unknown. I was fascinated by death; always had been. The nuns thought it was wonderful that I studied my catechism so intently, but the truth was, to me the Bible was just a great grisly story. The same was true of fairy tales: I wolfed them down. Not the saccharine versions, but the unexpurgated Grimms, with their sawed-off heels and lopped-off heads and altogether dark and nasty vision. It satisfied something deep and hungry inside me to know that there was a way out of this life.

Just as Cheney did with her bestselling book, Manic, she provides the reader a unique perspective to the illness of bipolar disorder. Through the eyes of a child. 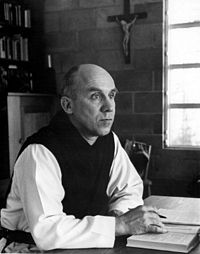