Are We Overmedicating? Or Is Our Health Care System Inadequate? 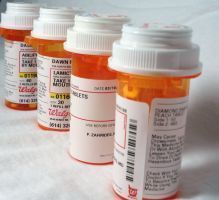 People who’ve read only the first part of my book, Beyond Blue, often categorize me as being “anti-med” or a “psychiatrist-hater,” because in the early chapters I describe the arduous journey through hell and back trying to find a doctor who could properly treat me.

Especially the one whom I dubbed “Pharma King” because his toxic cocktail of 16 or so pills a day nearly killed me. That was in addition to the Ativan he told me to pop every hour if I was feeling anxious, even though I had disclosed to him a history of substance abuse.

When people talk about overmedication in this country with respect to depression and anxiety – and this topic comes up a few times a week – I understand where they’re coming from. I’ve lived it. However, now that I’m working with an exceptional doctor who is none of the stereotypes that are pinned on psychiatrists today, I see the mental health care mess from a different, more nuanced perspective.

I think the problem is far more complicated than overmedication. In fact, I’d be more comfortable labeling it “really bad health care.” And if I had to pick a culprit, I’d point my finger at our health care insurance policies, not the doctors themselves.

Here’s the thing. Most good doctors don’t take insurance. They can’t. Because they can’t properly diagnose a person in 10 to 15 minutes. No one can.

That’s when you get into medicating someone who maybe shouldn’t be medicated, or misdiagnosing the ADHD as manic depression. But you have to call it something by the time the ten-minute buzzer goes off. It’s a little like Jeopardy. You rush to collect the facts: Find out if a person is sleeping okay, eating okay, having sex, functioning at work, isolating from friends, thinking about dying, making plans to die, etc. And then you press the red button and give your best guess.

A few of the bad guesses I got back when I was shopping for a psychiatrist like a nanny were: ADHD, Borderline Personality, Major Depression, and NDBSD (Not Depressed But Sleep Deprived). Funny I never found that one in the DSM-IV.

On the contrary, my current doctor won’t accept a patient until he/she agrees to an initial assessment of two hours. Two hours. Can you imagine? Two hours to give a doctor your psychological history, family history, current symptoms – and an exhaustive reading of your non-verbal language as well – so that she can begin to paint the context or story around your illness that’s absolutely crucial in order to diagnose correctly. She keeps her patients accountable to things like diet, exercise, counseling, and meditation, and incorporates alternative therapies like omega-3 capsules into their recovery.

But no doctor who accepts health care insurance can pull that off. And that, I believe, is our biggest problem.

In January 2010, the University of Michigan published a study in the Archives of General Psychiatry that found only one in five Americans with depression has received even one adequate course of treatment in the past year – the criteria for adequate treatment being 60 days of an antidepressant with four doctor or nurse visits over the year or (for talk therapy), four mental health visits lasting 30 minutes or more.

Contrary to popular thought, most people on Prozac or Zoloft don’t see psychiatrists (or “head doctors” as my husband likes to call them). Their primary care physicians pass out prescriptions, which I assert is yet another big problem in the mess of today’s mental health world.

Because, get real, does a primary care doctor really have the time or resources to follow up with a patient on his symptoms of no sleeping, lack of energy, and inability to make a decision? No. He/she are juggling a bunch of strep-throats, killer influenzas, and emergencies involving precancerous-cells. Do you think most GPs will pick up the phone two weeks after writing a prescription for Prozac, and ask the patient, “Have you committed to a exercise program yet? Eating organic vegetables over there? Doing what you can do to untwist your distorted thoughts? Try David Burns’s books, you’ll love them.

I think Judith Warner’s op-ed piece in The New York Times about a year ago, entitled “The Wrong Story about Depression” accurately articulates the bigger problem:

Contrary to popular belief, there’s no evidence that most psychiatrists regularly prescribe pills straight off to people who can get better by reading about depression, exercising or doing nothing….That people have come to believe otherwise may be in part because most patients with depression are treated by general practitioners, not psychiatrists. Studies have shown that these primary care doctors don’t strenuously enough screen their patients for depression before prescribing drugs, or closely monitor their care afterward.

Inadequate treatment by nonspecialists is only a piece of the problem. In fact, most Americans with depression, rather than being overmedicated, are undertreated or not treated at all. This is the big picture of mental health care in America: not perfectly healthy people popping pills for no reason, but people with real illnesses lacking access to care; facing barriers like ignorance, stigma, and high prices; or finding care that is ineffective.

Yes. Overmedication exists. But it’s just one causality of a much bigger problem: A poor health care system in the U.S. based on the earnings and profits of health insurance companies, giving the average doctor ten minutes to throw a solution at his patient. That’s our biggest problem to solve. 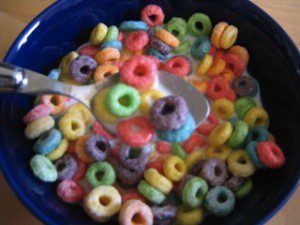 Getting the Love You Want, Over and Over Again
archives most recent
More from Beliefnet and our partners
previous posts