What Comes First? Religion or Depression

There’s a cartoon picturing a chicken and an egg in bed together. The chicken is smoking a cigarette with a very satisfied expression on his face, and the egg is restless and disgruntled. The egg finally looks over to the chicken and says, “Well, I guess that answers that question.”

That’s how I think of the relationship between religion and depression: like the chicken and the egg debacle.

I can’t say which came first in my life, because they were both there from the start. And you need only read through a few of the lives of the saints or walk the exhibition aisles at the Religious Booksellers Trade Exhibit to see that holy people aren’t all that happy much of the time.

How is it that we depressives tend to be more spiritual? Or is it that the more religion you get in your life, the more depressed?

Beliefnet approached me to write Beyond Blue five years ago because they learned that so many of their readers suffer from depression. Articles about depression and anxiety were among their most popular.

So we pray. And we inhale frozen Kit Kat bars. Because both are like sucking on a pacifier to satiate the inner longing TEMPORARILY (prayer the preferred method, of course). Until our Prozac poops out (and our brain’s wiring and chemistry changes), and we need another kind of cocktail. At which time some of us head to daily Mass or join religious congregations, and others go to the hospital, and some (like me) do everything and anything as long as it’s not Vinyasa yoga (it hurts).

According to St. John of the Cross–the Spanish mystic who experienced something far worse than cow pies when he was harshly imprisoned in Toledo–the purpose of the dark night is all for love: to become better lovers of God and one another. Furthermore, the dark night takes us from isolation to creativity, from withdrawal to contribution.

“Obscurity and attachment, followed by God-given clarity, liberation of love, and deepening of faith, are consistent hallmarks of the dark night of the soul,” writes Gerald May in his fascinating book The Dark Night of the Soul. “Often this liberation results in a remarkable release of creative activity in the world.”

Consider for a moment the three Teresas (not including me) who experienced dark nights of the soul: Teresa of Avila emerged from hers and became the founder of the Discalced Carmelites, a prolific author, and the first woman Doctor of the Church; St. Therese of Lisieux is so popular, dubbed the “greatest saint of modern times” by Pope Pius X, largely due to her articulation of her crisis of faith in the pages of her autobiography, “The Story of a Soul.” And now, with the publication of some of Mother Teresa’s personal writings, we are learning about the modern saint’s personal agony that fueled her mission and incredible contribution to goodness, hope, and love on earth.

This is willed by God in order to attach us to Him alone, an antidote to our external activities, and also, like any temptation, a way of keeping us humble . . . to feel that we are nothing, that we can do nothing. . . . My only wish and desire, the one thing I humbly crave to have is the grace to love God, to love Him alone. Beyond that I ask for nothing more.

I’m not sure I agree with him. Because if I did, I wouldn’t have sought treatment in the 58,094 ways I did. I believe God wants me to be as healthy, happy, and productive as possible, and that he’s on the side of recovery, not illness. However, I can’t deny that my depression has been a refiner’s fire, impassioning my faith one profanity at a time. I can’t help compare it to the way a writer-mom, Linda Eyre from Salt Lake City, described motherhood:

We start our mothering careers as rather ordinary-looking clay pots with varied shapes and curves—and march directly into the refiner’s fire. The fire, however, is not a onetime process but an ongoing one. Every experience that helps us to be a little more compassionate, a little more patient, a little more understanding, is a burst of fire that refines us and leaves us a little more purified. The more we filter, strain, and purge through the experience of our lives, the more refined we become.

If I weren’t always so restless, I might be tempted to sleep in on Sundays more often, to listen to music during my run instead of pray a novena. I wouldn’t think to thank the big guy for a day without tears, to bless him for 24 consecutive PMS-free (hormonally balanced) hours. I’d be less aware of the rose gardens I walk by to get to the kids’ school (but also less hyper about the bees on the buds). I’m pretty sure that I’d be less spiritual and less inclined to gorge on dessert. 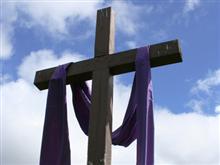