How Do You Heal Loneliness? 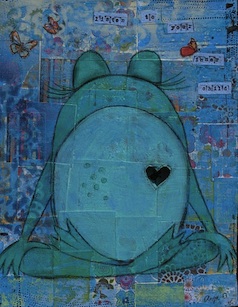 If I had to name the most common complaint I hear among depressives, it is that they are lonely. Just five minutes ago, I replied on a thread within Group Beyond Blue to a woman who started a thread called “Who Do I Turn To?” She wants so badly to connect with another woman–as the anchors in her life, her mother and friends, have either passed on or moved.

So many of us are lonely. It is at the core of so many disorders and illnesses. Not just the imaginary ones made up in our psyches (or so many think), but heart disease and immunity functions and nervous system disorders. Many of our health issues in this country stem from loneliness.

In his PsychCentral blog, “Loneliness Is Not a DSM-5 Disorder, But It Still Hurts,” Psychiatrist Ron Pies reports on what loneliness does to the body. He writes:

It’s easy to assume that loneliness is simply a matter of mind and mood. Yet recent evidence suggests that loneliness may injure the body in surprising ways. Researchers at the University of Pittsburgh School of Medicine studied the risk of coronary heart disease over a 19-year period, in a community sample of men and women. The study found that among women, high degrees of loneliness were associated with increased risk of heart disease, even after controlling for age, race, marital status, depression and several other confounding variables. (In an email message to me, the lead author, Dr. Rebecca C. Thurston, PhD, speculated that the male subjects might have been more reluctant to acknowledge their feelings of loneliness).

Similarly, Dr. Dara Sorkin and her colleagues at the University of California, Irvine, found that for every increase in the level of loneliness in a sample of 180 older adults, there was a threefold increase in the odds of having heart disease. Conversely, among individuals who felt they had companionship or social support, the likelihood of having heart disease decreased.

And lest there be any doubt that loneliness has far ranging effects on the health of the body, consider the intriguing findings from Dr. S.W. Cole and colleagues, at the UCLA School of Medicine. These researchers looked at levels of gene activity in the white blood cells of individuals with either high or low levels of loneliness. Subjects with high levels of subjective social isolation — basically, loneliness — showed evidence of an over-active inflammatory response. These same lonely subjects showed reduced activity in genes that normally suppress inflammation. Such gene effects could explain reports of higher rates of inflammatory disease in those experiencing loneliness.

What to do about it?

Dr. Pies suggests support groups, especially those for particular medical conditions, like cancer, depression, or addiction. Nurturing friends certainly fill in the hole … if we can keep our expectations in check.For some ideas on how to make friends, check out “13 Ways to Make Friends.”

And finally, just stay with it. Feel it.  Accept it, even as you want to run from it. Because it’s part of being human. I’ve always found great solace in the words of Henri Nouwen:

When you experience the deep pain of loneliness, it is understandable that your thoughts go out to the person who was able to take that loneliness away, even if only for a moment. When you feel a huge absence that makes everything look useless, your heart wants only one thing–to be with the person who once was able to dispel these frightful emotions. But it is the absence itself, the emptiness within you, that you have to be willing to experience, not the one who could temporarily take it away.

It is not easy to stay with your loneliness. The temptation is to nurse your pain or to escape into fantasies about people who will take it away. But when you can acknowledge your loneliness in a safe, contained place, you make your pain available for healing. 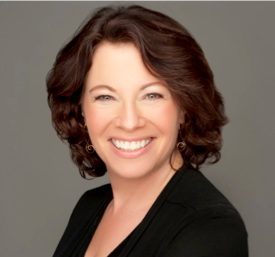 Rewire Your Brain For Love: An Interview with Marsha Lucas, Ph.D.
archives most recent
More from Beliefnet and our partners
previous posts