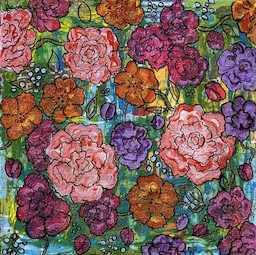 I think God wants us to get mad at him. It means we’re in a living, normal relationship with him.

Catholic author Ronald Rolheiser goes so far to say that wrestling with God is a form of prayer. In his book, “Forgotten Among the Lilies,” he writes this:

God wants to be wrestled with. As Rabbi Heschel points out, ever since the days when Abraham argued with God over the fate of Sodom and Gomorrah, and Jacob wrestled with the angel, those close to God have also occasionally engaged in similar arguments.

The refusal to accept the harshness of God’s ways in the name of his love is an authentic form of prayer. Indeed the prophets and saints were not always in the habit of simply saying, “Thy will be done.”

They often fought, challenged, squirmed and begged as a way of saying “Thy will be changed!” I suspect that they did sometimes annul divine plans. God wants to be struggled with, especially if we have been living in his house for a while.

Why? Why would he want this? How can wrestling be a form of prayer?

Wrestling can be a form of prayer precisely because it can be a form of love. People who live together in love for a long time must resolve many tensions. There is constant wrestling, much anger and occasional bitterness. But the struggling together, if persevered in, always leads to new depth in love.

When Should I Come Off My Antidepressant? 6 Things to Consider
archives most recent
More from Beliefnet and our partners
previous posts