Are the Puritans Behind the War on Antidepressants? 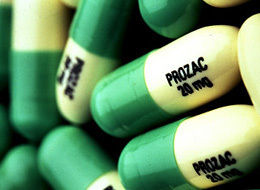 It is an honor for me to publish the following piece by Ronald Pies, M.D., professor of psychiatry at SUNY Upstate Medical University and Tufts University School of Medicine, because I find him to be one of the most fascinating psychiatrists in the Northern Hemisphere (I’m thinking the Southern is full of kooks). He always comes up with an intriguing angle on psychotherapy, antidepressants, the psychology of wellness … you name it, and he–like me–loves the intersection of faith and medicine, as is evident in his book, “Becoming a Mensch.” So, here’s a curious piece about why the we might blame the Puritans for the anti-med movement in the US. Let me know your thoughts, because I know that you will have some after reading this piece. I should probably also tell you that he wrote the foreword to “The Pocket Therapist.” I was once yelled at by a reader for not disclosing that … whatever.

These are not good times for Prozac and its progeny. In the popular media, the use of antidepressants has been likened to swallowing “expensive Tic-Tacs”, while in professional journals, the effectiveness of these medications has been challenged, if not discounted. And even a casual Google search under the terms, “Antidepressants damage” turns up thousands of websites and articles claiming that these drugs cause brain damage, induce suicide, or lead to “addiction.” Yikes!

Most of these claims and concerns are either groundless or simplistic, based on the best available studies. The “Tic-tac” claim, made in a prominent national magazine, was based on a misunderstanding of recent “meta-analyses”—studies that combine data from many other studies in order to reach a conclusion. What these studies show is that the milder the person’s depression, the less difference there is between an antidepressant and a placebo—famously but inaccurately defined as a “sugar pill.” But this is not a novel discovery: it reflects a well-known phenomenon known as the “floor effect.” Antidepressants were never intended to treat normal sadness, grief, or very mild cases of depression. The farther we move away from the “target” condition—serious, clinical depression—the closer we move to the “floor” of normality, and the less likely we are to see a big difference between drug and placebo. Most of the recent meta-analyses show that in the most severe cases of major depression, antidepressants are more effective than the “placebo condition.”

This last term is important, too. When patients enter a large, placebo-controlled study of antidepressants, and are placed in the “placebo group”, they receive much more than a “sugar pill.” They get many hours of attentive listening and evaluation by caring professionals—probably more than many depressed patients get from their primary care doctors! So the comparison is not between medication and a sugar pill, but between medication and a kind of supportive therapy. Furthermore, there is good evidence that when major depression has features we call “melancholic”—such as severe weight loss and a total inability to experience pleasure—the placebo condition is far less effective than medication.

There is also no convincing evidence that antidepressants cause “brain damage” or “addiction” among those who take them. In fact, the most recent evidence on how these medications work suggests that they actually enhance the growth of connections between brain cells—perhaps leading to more adaptive brain functioning. They don’t just “rev up” brain chemicals like serotonin. And, there is no evidence that people get “hooked” on antidepressants in the way we understand addiction to sedatives, opiates and related drugs. (That said, suddenly stopping a long-term antidepressant can lead to uncomfortable withdrawal symptoms, and there may be a small percentage of patients who develop delayed “resistance” to antidepressants, with a return of depressive symptoms).

So why is there so much hostility directed at these medications? (The same question could be raised with respect to psychiatry and psychiatrists, but that’s another story). I believe that a good deal of the animus arises from our Puritan heritage, and its attitude toward suffering, sin, and expiation. For the Puritans of New England, disease was essentially a divine punishment for Man’s original disobedience to God. As historian An Vandenberghe has put it, for the Puritans, ‘Even though there were more than two thousand different diseases…the primary cause of all of them was the “Sin of our First Parents.”’ There was also a strong link between disease and personal sin: the person whose tooth ached probably did something nasty with his teeth!

Now, when psychiatrists see patients with severe major depression, these unfortunate souls often express the view that their illness is a “punishment” of some sort. Some believe that God is punishing them for their sins. But this attitude, in a less extreme form, pervades our society’s views about depression—that it is, in some sense, the “fault” of the depressed individual. Some clinicians who argue that depression has an “adaptive” value often begin with the premise that depression represents the person’s “failure to resolve their social dilemmas”—a clinical euphemism for blaming the sufferer. The logical extension of this line of reasoning is that the depressed individual must somehow “repent of his ways”—for example, by ruminating on his problem until it is solved, or by “pulling himself up by his bootstraps.”

In this view of depression, taking a “drug”—the term “medication” is almost never used by those opposed to antidepressants—represents a weak-willed dodge. Antidepressants are seen as merely “covering up the real problem” or as “a crutch.” This attitude is extraordinarily unhelpful for those struggling with a potentially lethal illness. Although I prefer to begin with psychotherapy in most mild-to-moderate cases of depression, the more severe bouts usually require medication. Often, the combination of medication and therapy works better than either one alone. And I use a non-Puritanical metaphor in framing the issue for my patients. I say, “Medication isn’t a crutch, it’s a bridge between feeling awful and feeling better. You still have to move your legs to get across the bridge, and that’s the work of therapy.” 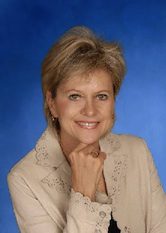 Recovery From Addiction and Depression: An Interview with Vivian Eisenecher
archives most recent
More from Beliefnet and our partners
previous posts