I wanted to share the following story with you by Diana Keough, the editor-in-chief of ShareWIK and the mother of four sons, because I was truly inspired by it when she told me it the day we met. 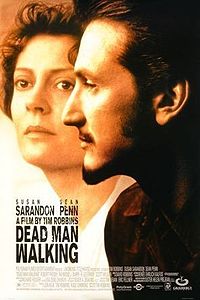 A friend of mine was executed in 1998 and before she died, it didn’t surprise me to learn she died with a smile on her face. Nor did it surprise me to hear she felt very uncomfortable with the fuss surrounding her execution–the demand for interviews, the onslaught of supporters and critics–which made her death, in the eyes of most, a political issue.

“This isn’t a man thing,” she told me. “It’s a God-thing.” And she knew better than the rest of us. She had said it didn’t upset her when people doubted her faith in Jesus Christ and the dramatic change that faith brought about in her.

“All they have to do is spend time with me and get to know my Lord,” she said to me.

Before I met her, I doubted her conversion, dismissing it as a death row pretense and a play for public sympathy. But that was before I met Karla Faye Tucker Brown and would be privileged to call her my friend.

I met Karla in 1994, following the death of my mom. My mom was involved with the Prison Fellowship group that regularly spent time “ministering to” the female inmates–both the general population of inmates and the inmates on death row–in Gatesville, Texas.

When my mom began her visits to Texas, I vocally disapproved, considering her effort at “converting” these inmates a complete waste of time. I was suspicious, to say the least, as my mother waxed poetic about this murderer named Karla, who, Mom said, “was a wonderful, spirit-filled person who had dramatically changed her life.”

Karla was sentenced to die for her part in the pick axe slayings of two people in June 1983. Those murders she committed as a 23-year old, strung-out-on-drugs prostitute, are still considered two of the grisliest in Texas history. My mom seemed to blithely forgive Karla’s horrible crime, while harboring extreme hatred and a lack of forgiveness for my father.

Her rage towards him was understandable.

My father, after living a secret, double life for over 27 years, had given my mother AIDS. He had already died and she was struggling to come to grips with his betrayal. She would sputter his name with venomous hatred, but since he was dead and could no longer shoulder her wrath, it fell on me to deflect.

Each of my parents felt grossly maligned by the other. My dad blamed my mother for his prolific philandering, accusing her of being cold and unresponsive, forcing him, he said, to find solace, companionship and sexual gratification in the sordid, free-for all bathhouses and brothels that flourished in the 1970’s and 80’s. And, although he was responsible for the imminent death of my mother, I could easily forgive him because I, too, blamed her for my father’s disease.

It took me far too long to forgive her for a host of past wrongs suffered during my childhood under her self-righteous, pious and brutal hand. All those unpredictable beatings I received during her fits of rage left me deeply scarred and resentful.

“Please forgive Diana, Lord,” she would solemnly pray aloud after one of my beatings for rolling my eyes at her, clicking my tongue to my teeth or trying to voice my opinion. “She doesn’t know how to respect and obey me. Pleeeese forgive her.”

Her summoning God to every beating would make the hair on the back of my neck stand straight up and made me conclude that her legalistic, disapproving God with his strict rules and unjust punishment, could never love me–a rebellious, hardhearted, sinful daughter.
My mom had always told me so.

I held both my mom and dad responsible for the death of my family and death of our family’s basic philosophy: That we were better than everyone else. We had always been so good at being condescending. We were more righteous, more high-class, more respectable, more right than wrong.

My mom had always told me that, too.

So how does a dying mother of six and wife of a prominent lawyer, civic leader and active church member explain to her upper-crust friends at the country club that she has AIDS and everything she had held as sacrosanct wasn’t quite right or even righteous?

Karla understood my mom immediately because in a way, they were both sitting on death row. Karla was condemned to die by the state of Texas. My mom was condemned by a set of self-righteous, constricting social mores that kicked her out of her circle and left her standing helplessly alone, watching as her church and social community fled from the horror of her tragedy. All of those subgroups of people she and her bejeweled, church-going friends had always felt justified in condemning because of their sinful ways, were now the ones offering her help, sympathy and, like Karla, a hand to hold. These “undesirables” loved her and stood by her as Christ would. Her former friends and neighbors were too busy whispering about her.

Karla’s influence on my mother began showing itself gradually with Mom’s spontaneous apologies for past incidents, longer hugs, more kind words and more tears without anger. Her bitterness began to dissipate. She started talking more about God’s grace, than God’s judgment. We didn’t have enough time to cross over the entire chasm of our pain, but the bridge was halfway there. I was to build the rest without her but with God’s help.

A month after my mom took her last breath, I entered the Gatesville prison on a quest to know what it was she had discovered there. As that last maximum-security door slammed behind me, I saw Karla running toward me, her arms open wide. It was my first exposure to prisoners, much less death row prisoners, and I was frightened. I was sure she could hear my heart pounding and as she held me, I was certain she could sense the chill in my bones and feel my knees shaking.

“After all your mom’s told me, I feel like I know you,” Karla told me. Sitting beside Karla, as she held my hand, I saw peace beaming from the face of this woman who had so much to be forgiven for, and knew she had been. I couldn’t stop staring. She had been stripped bare of pretenses and had nowhere to hide.

“God always brings you to a place where you’ll finally listen,” Karla said to me. “And for me it was really, really low. It was pretty low for your mom, too.” Karla knew she was going to die–even knew the date of her probable death–but was able to wipe my tears aside as I was leaving and say, “Don’t be sad, I know where I’m going. And so did your mom.”

As I left her that first time, the Bible stories of my youth took on new meaning and made sense, in light of a forgiving God.

In the book of John, I recalled the woman, caught in the act of adultery who, according to Jewish law, should have been stoned to death. As the gathering crowd was preparing to stone her, Jesus said, “He who is without sin should throw the first stone.” The crowd slowly started to drop their stones and walk away. Jesus didn’t condemn this woman, way his finger in her face and say, “I hope you learned your lesson.” But he asked her “to go and sin no more.”

I, who in my past had always identified myself with Jesus, thinking myself forgiving and accepting of everyone, realized I was more like those in the stoning crowd. I had always been quick to condemn someone I felt deserved it or hadn’t followed the “rules,” while overlooking my own sinful self and haughty heart. That woman walked away from Jesus knowing she had been on the receiving end of God’s grace.

In the parable of the Prodigal Son in the book of Luke, the younger son had run off and foolishly spent all his inheritance, returning home only when he found himself in the pigpen, fighting with the pigs for food. Rather than be angry at his youngest son’s ignoble behavior, the father ran to the boy and threw him a party, so thrilled to have him home again. The son, broken and repentant, begged for his father’s forgiveness. The older son, who had faithfully stayed home, was angry and wouldn’t go to the party.

I was that older son–good at following the rules and excellent at feeling I wasn’t as sinful as the next guy. But in my heart I was angry and resentful. I knew nothing about forgiveness. I understood nothing about God’s grace.

Most people think all they need to do to get to heaven is “be good.” But these parables and all of Jesus’ teachings refute that attitude–we can never be “good enough.” All we must do, the Bible says, is cry, “Help!” The beauty of God’s grace, Yancey says, is that it doesn’t depend on what we have done for God but what God has done for us.

I am not making a statement about the pros and cons of capital punishment. More importantly, I am in no way minimizing the horrible, brutal crime Karla committed or the pain and suffering of the victims and their families. Karla never did, either. I am saying, however, when she died, she was not the same woman who brutally murdered those two people. When my mom died, she wasn’t the same person either and because of God’s grace, I too, am no longer the same.

Every weekend I would visit my dad before he died, he would ask me to take him to church. During most of the service, he would sit in the back row, crying so hard, his shoulders would shake with the wracking sobs. When I pressed him to tell me why being in church always brought him to tears and he said, “I just can’t get over the fact that God could forgive someone like me.”

I thank God he forgives and extends his hand of grace and is able to change us so dramatically from the inside out.

Otherwise there’d be no hope for any of us.

Therapy Thursday: Dance in the Rain
archives most recent
More from Beliefnet and our partners
previous posts