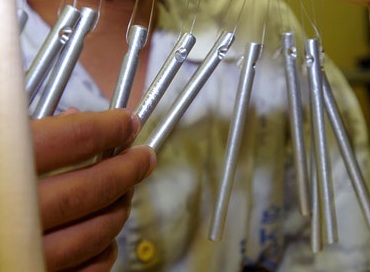 Tara Parker-Pope writes an interesting piece in the New York Times about using music to treat depression. You can get to the original article by clicking here.

Many people find that music lifts their spirits. Now new research shows that music therapy — either listening to or creating music with a specially trained therapist — can be a useful treatment for depression.

“The current studies indicate that music therapy may be able to improve mood and has low drop-out rates,” said lead author Anna Maratos, an arts therapist for the National Health Service in London. “While the evidence came from a few small studies, it suggests that this is an area that is well worth further investigation….We need to find out which forms have greatest effect.”

Ms. Maratos notes that music therapy might be particularly useful for adolescents who may reject a traditional form of counseling. Some older patients also may not be comfortable talking about their feelings, “but do tend to express themselves through song,” she said.

“I think we can be reasonably confident that music therapy has an effect,” Ms. Maratos said. “Music therapy is often used where more conventional therapies are not as likely to be as accepted or tolerated.”

Other studies have shown a benefit from music therapy in the treatment for autism, dementia, learning disabilities, strokes and pain management during labor and birth. The problem, Ms. Maratos notes, is that there isn’t very much high-quality research. “It doesn’t easily attract serious research funding,” she said. “It’s difficult to do high-quality, large-scale trials.”

Monica A. Coleman: I Need Spirituals
archives most recent
More from Beliefnet and our partners
previous posts