Climbing Great Heights: On Discipline and the Small Battles 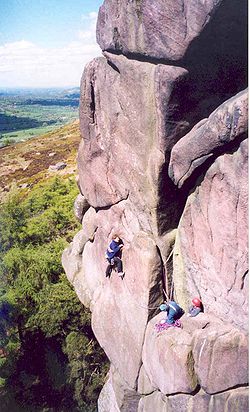 Winston Churchill once wrote, “The heights of great men reached and kept, Were not attained by sudden flight, But they, while their companions slept, Were toiling upwards in the night.”

I love that quote. And I remember it throughout my day. On many days.

Because even as the milestones–landing a job, celebrating 14 years of marriage, publishing a book–garner the praise of family and friends, the harder work happens in those invisible moments when no one but you sees the struggle: to beat back all the resistance to good health, and to say yes, over and over again … to do the harder thing consistently and continually in the name of recovery.

Today was one of those days where my discipline up and left to go to school with the kids. It drizzled all day and my house was quiet (a miracle!), and I so wanted to stay in bed with a book and say “to hell with the functioning world.” Alas, I could not say “to hell with the functioning world,” because there is this thing called responsibilities. I had to sit down at a very blank computer screen and squeeze from my brain some catchy bit of advice on how to stay sane. And after that, I had to use my body on the exercise bike.

I thought of the many reasons why I should stay in bed. They were plentiful. I was almost there when I thought of Winston’s quote and how this moment was most probably one of those instances where courage could push me toward better health, or laziness could swing me around and into the danger zone of the Black Hole. I could vegetate the whole day and no one might notice, but by tomorrow I could very well be crying.

So I sat down at the computer and slogged through a piece about stress with half of a brain. Although I preferred to order a pizza for lunch and finish it off with some mint-chocolate chip ice cream, I ate a salad with the right kind of nuts for an Omega-3 blast. And I finally mounted the stationary bike after my neurotransmitters whispered in my ear that they’d hang out with me all afternoon if I listened to the soundtrack of Rocky while I peddled.

I stumbled all day long, walking toward better health with the grace of a kid wearing leg braces. Each decision was harder than the one before it. And I never stopped wanting to give up. To give in just this one time, and do the bad brain things: sleep, wolf down simple carbohydrates, stay sedentary, and let my brain atrophy.

Alas, I came to the end of the day with some successes, and I realized that it’s definitely not the noteworthy achievements that should be celebrated if you are, like me, impaired by bad brain chemistry. It’s the days where you choose over and over again to get well, even though the other side is beckoning you to sleep in, eat pizza and ice cream, skip the exercise, and blow off work.

Churchill was right. The heights of great people aren’t reached in spectacular leaps or sudden flight. They take place in the mundane decisions on rainy days, when no one but the one fighting has a clue about the war of wills taking place, of the battle being fought in the name of health.

Hosanna in the highest: On celebrating the small things
archives most recent
More from Beliefnet and our partners
previous posts