I know that many Beyond Blue readers are male, and that I don’t devote enough posts to male depression, so I am going to do a better job of publishing guest posts by men. The following post is written by Bill White, M.S., who founded and operates a very cool website, www.chipur.com, a sharing and learning emotional and mental health haven. And it’s here that he offers his mentoring services, as well as his panic and anxiety education and recovery eWorkbook, Panic! …and Poetic Justice. 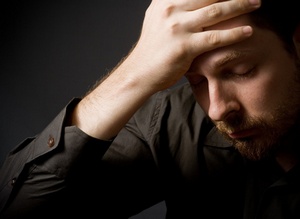 So there he was, stretched out on a gurney in one of the tastefully appointed E.R. psych rooms. “The rooms without a view,” as I affectionately call them. Ben is a 29-year-old man who’d been transported by EMS subsequent to a suicide attempt. Fortunately, his wife intervened after the second slash to his wrist.

Ben’s a burly sort of guy, with a soft southern drawl. By appearances, truly a “man’s man.”

Interesting…right after exchanging handshakes (ouch), Ben made sure I knew he was “no pussy.” Well, somehow, hearing the macho creed from the get-go didn’t surprise me. And it made perfect sense that he kept his head down, avoiding eye contact, as he let loose with a very animated recap of his panic, anxiety, cycling mood, and substance abuse history. Yes, Ben finally let it all go; ending with, “I just can’t take it no more.”

Ben was humiliated. But I don’t think it had anything to do with his suicide attempt. In a warped sort of way, he may have considered completion a badge of honor. No, this was about not being able to buy Christmas gifts for his two boys because his blacktopping biz tanked. And to make matters worse, his in-laws did the purchasing. By the way, this was Christmas Day 2009.

So what’s up with guys anyway? Who do we really think we’re fooling with our supposed poverty of emotion and expression? You know, when the economy first began to hit the skids in the fall of ’08 I assessed quite a number of businessmen who’d presented with acute depression, anxiety, and suicidal ideation.

I mean, some were high-powered commodities traders and financial consultants; men who carried tons of pressure and stress on their backs day in and day out. Ah, but when the foundation of their identity took the elevator to the basement, they crumbled like so many stale Saltines.

You know, it’s my observation that most men live their lives “neck-up.” Yes, by and large, we tend to stay “up in our heads,” ignoring the feelings that lurk about in our guts. And we move forward in a cloud of dust asking for more along the way, announcing to everyone, “Go ahead, pile it on…I can handle it.” Well, at least until the baggage is found to be filled with raw emotion. And at that point, Sherman’s march to the sea comes to a screeching halt.

Now, I don’t think it takes a sociologist to convince us that male emotional engineering and expression is a matter of assigned and assumed roles…at least in the good ole’ U.S. of A. As sophisticated as American society has become, it’s still bottom-line out of character for a man to experience and express deep emotion. And to become “undone” by it is way over the top. That said, ugly and harmful expressions of rage, jealousy, and “beefcakeness” are all too often considered wildly attractive in certain circles.

I’ve worn my emotions on my sleeve my entire life. And as masculine as I know I am, being able to scratch and spit with the best of them (as a matter of fact, I’m following a college hoops game on ESPN’s Gamecast as I’m writing this), my emotional presentation has been viewed by some as feminine over the years. Has that caused me any measure of upset? Well, yeah. But don’t forget, I was raised in a world that told me I shouldn’t be that way.

But has it ever been enough to motivate me to change? No. And what a mistake it would have been to have tried. Gawd…can you imagine how much worse my decades of depression, anxiety, and substance abuse would have been had I thrown that kink into the mix?

So here’s a news flash for all you men out there. As much as we may try to deny it, we have an emotional being that begs for honest and appropriate expression. And if you ask me, honoring and living that truth, no matter how “fem” it may appear, is the purest form of masculinity.

Well, to wrap things up, let’s get back to Ben. The two of us shared bunches of stuff in our time together, including pieces of my psychiatric history. “Man to man,” you know. And he was touched (easy now guys) by our exchange. So much so that just before his transfer to the psych unit he asked if we’d be working together “over there.”

When I told him, “No,” he went on to ask if he’d at least be working with someone like me…you know, a guy who’d accept his newly adopted “gentler side.” Frankly, I doubted it, but nodded my head in an “it’ll be alright” manner.

Curious, don’t you think? Ben, shall we say, “felt the love.” And he liked it. Sounds to me like this “man’s man” has some deep emotional needs. And they almost killed him. But things are on the up-and-up for Ben, because it seems as though he’s well on his way to acknowledging and embracing who he truly is.

And that’s a good thing… 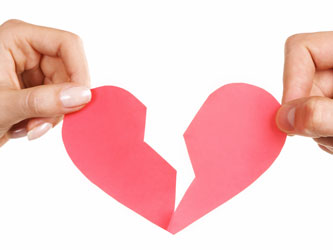