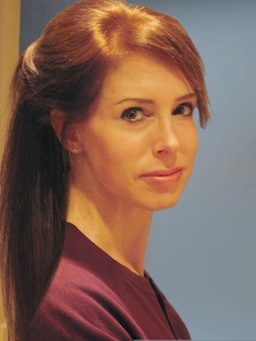 Today I have the pleasure of interviewing Susan Shapiro Barash, who teaches gender studies at Marymount Manhattan College and is the author of “Toxic Friends: The Antidote for Women Stuck in Complicated Friendships.” You can learn more about her at www.susanshapirobarash.com.

1. Why do women make more excuses for their female friends than they do for their husbands and children?

Because they have such great expectations of their female friends. They hold the bar so high that it can be impossible for the friend, with her own complicated life, to come through. Women of all ages romanticize female friendships and believe that these friendships they are the answer, a solace, in their busy, intense lives. To this end, when a female friendship gets into trouble, women resist breaking it off, and hesitate to confront the friend. Confrontation isn’t easy for many women and we’re more prone to making excuses and to engage in a powwow. Another issue is that women prefer that the friendship doesn’t end, and imagine that one day there won’t be these issues. IN the meanwhile, they continue to make excuses for the friend. A woman will explain that her friend is going through a tough time (the excuse) and then add any of the following reasons: ‘ she’s been a friend since kindergarten” , or ” she was there when my dog died”, or ” we were cheerleaders together”, — in order to avoid the end of a relationship or face that the friendship is in trouble.

2. Why can losing a female friend have more repercussions for a woman than breaking up with a boyfriend or husband?

Losing a friend is more devastating than a romantic breakup because a woman who experiences this feels so unanchored. Women expect their female friends to provide a support system: these friends understand their feelings in a way that a husband or child or one’s mother may not. Thus, when the friendship falls apart, it feels particularly unsafe, as if there is nowhere to turn. During the course of the friendship, we share so much personal information that once there’s a schism, the friend worries that she could be betrayed by her friend who is now walking around with all her secrets — her soul has been revealed. Trust has become a major issue; it’s not only a question of will the friend spill her confidences, now that they are no longer together, but what the repercussions might be. This makes the woman feel very insecure and her concerns are combined with a tremendous sense of loss over the loss of a friendship.

3. Why do women hang on to difficult friendships even when they know they’re destructive.

We hang onto difficult friendships because it’s very hard for women to let go. If we let it go, it feels like failure and it churns up guilt, pity and resentment. Often times the friend knows so many of the same people and women don’t want to lose their group or social life due to one unhappy friendship. Also, there is this need to rationalize — she wasn’t always like this, she was there when I had a crisis, we’ve been friends forever, and this keeps women there, in an unhappy friendship.

Another factor is that in our culture we are encouraged to leave an abusive romantic partner, and to discipline our children, but there isn’t much guidance when it comes to how to handle a complicated female friendship– which is a big part of a woman’s life. The concept of female friendship being so rewarding can trip us up if we have an emotionally abusive friend. Women aren’t sure how to react to this negative experience and the idea that the friendship is problematic is deeply troubling, almost haunting. At first a woman might have trouble admitting to what is actually going on. Once they come to the realization, women will remark, ” How could she have done this- she’s my friend.”. And they’re genuinely baffled and shaken.

4. You say that 80 percent of women said they are competitive with their female friends. Why?

Competition is often a part of even the most intimate female friendships. We live in a culture where female competition, envy and jealousy, are shown to us daily ( think Desperate Housewives, Madmen, Archie Comics/ news stories such as Denise Richards, Heather Locklear and Richie Sambora). Thus, women are raised to believe that only the prettiest, smartest, luckiest ‘girl’ gets the glittering prize and there isn’t enough to go around. This limited goods theory is part of the problem and seeps into female friendships. There can be jealousy in the closest of friendships. Perhaps your friend doesn’t envy you because you are a single mother, but she envies you because you have a successful career. Or there are friendships where one friend envies the other for her looks, or because she has more money or she has brilliant children, or is pregnant while the friend has been trying for years. In any of these scenarios, women tend to think that if their friend has it, somehow they’ve lost their chance. Until we stop thinking this way, competition will exist in female friendships, and even jealousy, which is a very negative emotion and can undermine a friendship.

Mindful Monday: Haiti and the Dilemma of Suffering
archives most recent
More from Beliefnet and our partners
previous posts