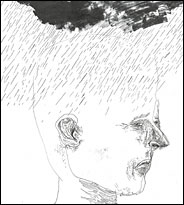 A radio talk host recently asked me this question: “If you could have had your way and never deal with a mood disorder in your life, would you do that. Or has the depression, somehow, enhanced your life?”

Thankfully he asked that question on a fairly stable day, when I wasn’t counting up the years until I could become a member of AARP and be closer to the finish line. Had he asked me during my two suicidal years, I think I would have shot back, “Go to hell, dude. Why not ask a 10 year old dying with Leukemia to give you a list of goodies that illness has bestowed?”

I immediately thought of Peter Kramer’s eloquent 2005 article in the New York Times Magazine titled “There’s Nothing Deep About Depression.” Kramer explained that he penned his latest book “Against Depression” as a response to the same annoying question asked over and over again in bookstores and professional meetings: “What if Prozac had been available in van Gogh’s time?”

However, having said all that, I do hereby appreciate the gifts that this ugly and manipulative beast has laid upon my table, and so–in David Letterman style I give you the top 10.

Now I know that going public with a nervous breakdown and describing in detail one’s psychiatric chart online and in the pages of a book is not a good career move for most people. So I suggest you think long and hard about pulling my stunt. But here’s the thing, my mood disorder has been good for my writing because I don’t care as much what other people think. If I did, do you think I’d let folks get a sneak peak into my neurotic brain? Most of that caring about other people’s opinions was fortunately left inside the walls of the psych ward. I walked out of that place able to pen the real stuff, the good stuff, the material oozing from my very heart and soul. With the help of some great editors and friends like Holly, I might add.

9. I have fascinating conversations with strangers.

Here’s how the majority of my first conversations/introductions go with people who I sit next to on the plane, train, or at my son’s soccer games:

“So what do you do?”
“I write a mental health blog.”
“Oh. That’s interesting. How did you get into that?”
“I had a major nervous breakdown and wanted to kill myself for about two years. So one day I told God that if I ever woke up and wanted to be alive that I would dedicate the rest of my life to helping people who are trapped in the Black Hole. That morning came. And you, what do you do?”

8. I don’t have a choice about staying in shape.

A lot of folks ask me how I keep the discipline to work out five times a week and eat salads for lunch. Here’s the thing: I don’t do any of it for weight reasons or looking pretty. I know from a long history of trial and error, that if I skip out on exercising for over three days, that I start to fantasize about death again … that I start adding up my years and brainstorm about how I can skip my 40s, 50s, and 60s, and just go straight to the coffin. If I exist on a Starbucks and chocolate diet for longer than 24 hours, I won’t be able to stop crying. I don’t dare touch alcohol because it’s a depressive, and I have enough trouble staying out of darkness without its help, thank you very much. Pulling an all-nighter? Not an option. That would trigger a manic cycle, followed by a brutal crash into depression. I’m not disciplined. I’m just very delicate.

7. I care less about numbers.

Pre-breakdown, I used to fret and worry and stay up all night (and get manic, yes) over things like red royalty figures and book proposals going nowhere. Thank God I didn’t have to deal with page view numbers back then, because they would have determined my mood for the day. Now I won’t say that I am totally immune to the competitive bug that I get from time to time, when I start comparing my numbers to other authors’. But here’s the difference: it doesn’t affect my appetite or sleep anymore. I want to succeed and do well, yes. But every day in which I do not want to die is a victory, a smashing success. When you’ve on the fault line between death and life for years at a time, the little stuff doesn’t matter as much.

Before breakdown, I did have a sense of humor. But now? Everything is hysterical. The psych ward stories? Priceless. The image of my 8-year-old self on my knees praying five rosaries a day to try to make it into heaven … wacky! I laugh at situations that get twisted around in the most bizarre way, leaving me feeling naked in front of a crowd. I laugh at myself. Just like G. K. Chesterton once wrote, “Angels can fly because they take themselves lightly.”

5. I am more outwardly focused.

Abraham Lincoln taught me this one. Poor thing did not have the benefit of medication. But my friend Joshua Wolf Shenk, author of “Lincoln’s Melancholy,” says the most important contributor to his climb out of the Black Hole was turning to a greater cause … of transforming his melancholy into a vision for emancipation. I get that. I really do, because I feel like Beyond Blue and my outreach efforts on behalf of those cursed with brain chemistry inspire me with a mission worth getting out of bed for.

This does not apply to those days where you can think of nothing other than ways to take your own life. But the less threatening ruminations and obsessions–“She hates me. I know she hates. She has every reason to hate me because I’m hateable”–can actually become fodder for some brain exercises that lead to analytical thinking. At least that’s what Sharon Begley writes in her Newsweek article, “The Upside of Depression.” A depressive’s brain is, essentially, always on the treadmill. So all this thinking can actually lead to a Eureka! moment. In theory anyway.

3. I am less judgmental.

I think anyone who has been completely disabled by an illness learns a lesson or two in humility. I am less judgmental now when it comes to health philosophies. If a person says he or she is trying her hardest, who am I to say, “That’s bull crap! Get off your butt and pull yourself up!” I take their word for it … that they are fighting the beast as best they can … because I know what it feels like to be on the other side, judged by my efforts and looked down upon because my health philosophies aren’t compatible with others’.

2. I am more compassionate.

My mood disorder didn’t just disrupt nerve cells in my brain, it also expanded my heart. Now I catch the woman tearing up in the back corner of a conference room. I can’t help but tune into to my intuition, reading a heavy sadness in the room. So I go over to her and hug her or take her hand. I am no longer bashful of doing this, because I have been her, sitting there crying in a public room, so many times, and I would always appreciate any kind gesture to let me know I wasn’t alone.

1. I am no longer afraid of death (or anything).

Here’s the thing about being depressed. You are no longer afraid of death. Say a guy with a gun is about to walk into a restaurant where you are eating (true story). You are a tad alarmed, but not scared. Because you are already living your life as fully as you can. You are putting every ounce of effort into each second, so, quite frankly, if it’s your time to go, you’re cool with that. And on the bad days … you’re actually relieved!

read next post
Win a Copy of Beyond Blue!
archives most recent
More from Beliefnet and our partners
previous posts