Time Magazine: The State of the American Woman 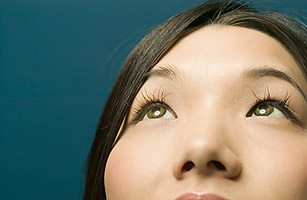 Image by of Kris Timken/Corbis

“Time Magazine” just published the results of a landmark survey gauging where America stands on the battle of the sexes. The results show that women are much more powerful than they were 40 years ago. In the 60s, one-third of all workers were woman. Now half are. Almost 40 percent of women are the primary breadwinners or are contributing substantial income for the household budget. And according to a Mediamark Research & Intelligence survey, women make 75 percent of the buying decisions in the home. You know the telemarketer who asked for the decision-maker of the house? Apparently it’s the wife.

Women’s power extends to the academic world, as well. Author Nancy Gibbs explains in “Time” that half of Ivy League presidents are women, and the female dropout rate has been cut in half since the 70s. Also, the ratio of 60-40 of men and women on college campuses has reversed. Moreover, half of all law and medical degrees go to women.

But they are stressed, anxious, and not as happy.

According to the poll results, both men and women say that the government and businesses haven’t adjusted to the revolution and need to do more to help families manage it all. For example, 54 percent of women and 49 percent of men say businesses need to be more flexible with work hours and schedules; they also agreed that companies need to give more paid time off, better or more day-care options, and longer school days or longer school years.

But are women really less happy than they were back in the day we wore pearls with our aprons and greeting Dad at the door when he arrived home from work, the turkey roasting in the oven?

Gibbs writes, “It may be that women have become more honest with the same pressures and conflicts that once accounted for greater male unhappiness. Or that modern life in a global economy is simply more stressful for everyone but especially for women, who are working longer hours while playing quarterback at home.”

I think she nailed it there. It’s comparable to therapy. Before you sit yourself on that couch, you think have a few problems, but you’re not sure what they are. Then the therapist starts prodding you, and yikes! You got yourselves a lot of bloody problems.

From my perspective, I do think I have a more fulfilling life in that I have to use my head for more things than figuring out why the Bendaroos we ordered from the infomercial sucks in comparison to what they promised us. But my job does bring a considerable amount of stress. So I’m happier in one sense, and much more anxious and stress in another. Like Gibbs says, I am probably experiencing the male stress–the pressure transforming ideas and brain power into cash to buy dinner–than many women just simply didn’t experience 30 or 40 years ago.

This is the part in a post that I usually say something that makes you feel better. Like, oh but it’s going to get easier next month.

I don’t have any answers. But I’m glad someone at least asked the question because now I know I’m not alone in feeling like I’m one lousy juggler.

You Wear the Suit: 8 Tips on Trading Places with Your Spouse
archives most recent
More from Beliefnet and our partners
previous posts