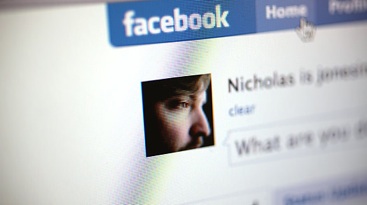 Let me utter my full disclosure upfront: I spend way too much time on the social networking site, Facebook, and there is a very real possibility that I’m addicted to it. In fact, I’m developing my own twelve-step program to manage this behavior in case my friends and family decide to do an intervention on me … you know when they simultaneously confront me on how my addiction is affecting them. (“You never participate in the dinner conversation anymore … you just stare at your carrots … but you have plenty to say to the new person who “friended” you on that stupid online thing.”)

Recently Time magazine’s Lisa Selin Davis asked the question I’ve been posing to myself ever since the day I set up my profile on the site: Does Facebook replace face time or enhance it? Yes, I have been pondering that quandary dating back to six weeks ago when I “friended” my first person, back before I got click happy on a mission to have at least 500 friends, because that’s how many the successful New York Times journalists had.

Facebook may have started as an online gathering place for college and high school kids, but if you throw out the term at a dinner party, like I did the other day, you’ll immediately learn that half of your friends and their friends have profiles on the site and have already joined a handful of groups and “causes.” No one is too old for this online community. In fact, lately most of my friend requests have come from the parents of friends of mine. Yes, persons in their 70s asking to be my friend on a hip social-networking site. A tad comical, isn’t it?

But does my time at the computer contribute to what Lisa Davis calls “Facebook Recluse Syndrome”… a hermit type of existence?

I don’t think so.

I agree with her subtle supposition at the end of her Time piece that my Facebook time enhances my relationships. But only if I can practice good enough personal boundaries, where I’m not “poking” (a Facebook term) friends and writing all day to former classmates I haven’t connected with since my Girl Scout days, so much so that I’m ducking out of helping David with his homework.

For Davis and others mentioned in the article, Facebook has contributed to friendships, not stolen from them. “The constant stream of data is a digital form of closeness,” writes the Time magazine author. It’s a way of catching up on the details of a person’s life so that when you do get together in real face time, you don’t have to get through all the introductory stuff. You can get to the guts right away.

For example, if I run into a Facebook friend when I pick up David from school, I can ask her about the tennis tournament she described as part of her “status” (“What are you doing right now?”), instead of starting at “What are you up to?” And at a happy hour last week with some mom friends, one of them (who is my friend on Facebook) said, “So you’re trying to write a book in an hour … Good luck with that!” We laughed and started talking about a few of our mutual friends (who are displayed on Facebook).

What would we have talked about in a non-Facebook world? Possibly the same thing, but this social networking site facilitated the conversation in a way that I do think might pitch in to our community-building efforts today, that might actually help us in the pursuit of intimacy.