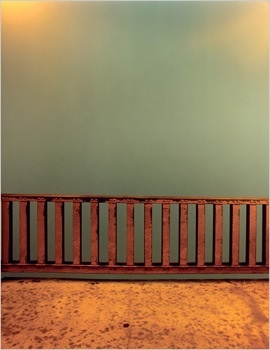 Thanks to Beyond Blue reader Larry Parker for forwarding me the piece, “The Urge to End It All,” published in last Sunday’s New York Time magazine. It was quite timely for me because I spent the majority of my train ride home from New York discussing suicide with an Amtrak driver (my fellow passenger who would drive the train back to New York once it arrived in DC), who had been involved in 20 suicides in his 25 years of working as an engineer.

Plus his own sister who took her life in her early thirties. She was a medical doctor. “Smartest one out of all of us,” said the Amtrak guy. She overdosed on pills and he found her.

Perhaps I made the mistake of asking the train driver if he had ever hit someone. Because by the time we stopped in Philadelphia, he had described the first two in such detail that I was sure I’d be sick by the time the trained arrived in Baltimore.

“I don’t get it,” he said. “One woman was very attractive, in her twenties … she was dressed in this mini-skirt. I guess her boyfriend had just broken up with her. … I mean, it’s not like she couldn’t get another man. Especially with the sexy boots she was wearing …”

I wanted to launch into my diatribe about the disease of depression, and that (at least in my view), suicide is the result of a failed treatment, just as chemotherapy doesn’t always get all the cancer; that suicide is an act of desperation when a person runs out of hope. It’s not some horribly selfish and shameful stunt, and families of suicide victims need to be embraced not shunned, yada yada yada. But my mouth was frozen in a perfect oval shape, and no words were coming out.

He recounted the “Romeo and Juliet” tragedy–the couple on heroin who wanted to die together. They were in their twenties. She was a few months pregnant. The driver could tell from a few feet away. She faced the engineer, her boyfriend the other direction, as they held each other. Then she held up her hands as if to say “There’s nothing that you can do to save me now …” He told me that every time he passes that spot in Elizabeth, New Jersey, he thinks about it and her expression.

Scott Anderson explains how impulsive suicide–jumping off a bridge, throwing yourself in front of a train, shooting yourself with a gun–differs from other, less successful but more common, forms of suicide (overdose, carbon monoxide, cutting) in the New York Times article. And with impressive and intriguing research, he covers different approaches to suicide prevention.

Confession: his article is a fascinating read for a person like myself who has spent so much time obsessing about various methods of suicide–taking into consideration both the success rate and the risk of ending up like the woman in my psychiatric outpatient program: crippled and in even more pain than before she jumped from the five-story building.

To turn the equation around: if the impulsive suicide attempter tends to reach for whatever means are easy or quick, is it possible that the availability of means can actually spur the act? In looking at suicide’s close cousin, murder, the answer seems obvious. If a man shoots his wife amid a heated argument, we recognize the crucial role played by the gun’s availability. We don’t automatically think, Well, if the gun hadn’t been there, he surely would have strangled her. When it comes to suicide, however, most of us make no such allowance. The very fact that someone kills himself we regard as proof of intent — and of mental illness; the actual method used, we assume, is of minor importance.

As it turns out, one of the most remarkable discoveries about suicide and how to reduce it occurred utterly by chance. It came about not through some breakthrough in pharmacology or the treatment of mental illness but rather through an energy-conversion scheme carried out in Britain in the 1960s and ’70s. Among those familiar with the account, it is often referred to simply as “the British coal-gas story.”

For generations, the people of Britain heated their homes and fueled their stoves with coal gas. While plentiful and cheap, coal-derived gas could also be deadly; in its unburned form, it released very high levels of carbon monoxide, and an open valve or a leak in a closed space could induce asphyxiation in a matter of minutes. This extreme toxicity also made it a preferred method of suicide. “Sticking one’s head in the oven” became so common in Britain that by the late 1950s it accounted for some 2,500 suicides a year, almost half the nation’s total.

Those numbers began dropping over the next decade as the British government embarked on a program to phase out coal gas in favor of the much cleaner natural gas. By the early 1970s, the amount of carbon monoxide running through domestic gas lines had been reduced to nearly zero. During those same years, Britain’s national suicide rate dropped by nearly a third, and it has remained close to that reduced level ever since.

How can this be? After all, if the impulse to suicide is primarily rooted in mental illness and that illness goes untreated, how does merely closing off one means of self-destruction have any lasting effect? At least a partial answer is that many of those Britons who asphyxiated themselves did so impulsively. In a moment of deep despair or rage or sadness, they turned to what was easy and quick and deadly — “the execution chamber in everyone’s kitchen,” as one psychologist described it — and that instrument allowed little time for second thoughts. Remove it, and the process slowed down; it allowed time for the dark passion to pass.

Anderson interviewed David Hemenway and others of the Injury Control Research Center at Harvard, which consists of a team of public-health officials, scientists, and statisticians, who have developed a suicide prevention program they call the Band-Aid approach. In other words, they focus on the “how” of suicides–the methods used–and brainstorm about ways to remove or complicate the possibility of using that method (like in the British coal-gas story) for the intention of suicide.

Their efforts might work for the person committing “impulsive suicide”–which, Anderson explains, is different in nature from a “premeditated” suicide (in which a person might take an overdose of pills or cut herself). And here’s the irony: the person who is typically “suicidal” (depressed, obsessions with death) might actually be SAFER than the person who acts in the heat of the moment. Because, statistically speaking, a person who shoots himself is 40 times more likely to succeed in killing himself as the guy who overdoses on pills.

As illogical as this might seem, it is a phenomenon confirmed by research. According to statistics collected by the Injury Control Research Center on nearly 4,000 suicides across the United States, those who had killed themselves with firearms — by far the most lethal common method of suicide — had a markedly lower history of depression, schizophrenia, bipolar disorder, previous suicide attempts or drug or alcohol abuse than those who died by the least lethal methods. On the flip side, those who ranked the highest for at-risk factors tended to choose those methods with low “success” rates.

What I found inspiring in Anderson’s article were the remarks made by those who failed at an impulsive suicide: how, at that moment that they were plunging from the bridge or in the half-second after they had pulled the trigger, that they realized that they didn’t want to die. They wanted to live. It’s just that they didn’t see another option out of their problem.

One aspect of the survivors’ personalities that appears to have been left behind is whatever mind-tumble caused them to try to kill themselves in the first place. Since their attempts, none of the survivors I spoke with had experienced another impulse toward suicide. Nor had they spent much time seeing psychologists or hanging out in support groups….

For each, it’s almost as if their near-death experience scared them straight, propelled them back to a point of recovery beyond even their own imagining….

Beginning in the 1970s, Dr. David Rosen, a psychiatrist and Jungian psychoanalyst, tracked down and conducted lengthy interviews with nine people who survived leaps from the Golden Gate, as well as one who had gone off the nearby Bay Bridge.

“What was immediately apparent,” Rosen recounted, “was that none of them had truly wanted to die. They had wanted their inner pain to stop; they wanted some measure of relief; and this was the only answer they could find. They were in spiritual agony, and they sought a physical solution.”

Group Beyond Blue: Concentrate on the "How" of Suicide, Versus the "Why"
archives most recent
More from Beliefnet and our partners
previous posts