10 Steps to End an Affair 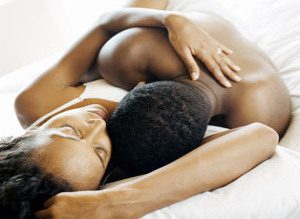 Given that I’ve been discussing my article “9 Ways to Affair Proof Your Marriage” on radio shows this week, I have been reading with interest the comments on the Group Beyond Blue discussion thread, “Ending an Affair,” at Beliefnet Community, started by Group Beyond Blue member SalT. She wrote:

How do you do it??!!!!! Picture this whole scenario and let me know how to do it … because I’ve failed and failed.. and will fail again.

Married guy… two kids.. crazy wife.. and me. Me and the guy are madly in love with each other. It’s been almost nine months now. He’s been married for nine years, which he says have been chaotic from the start. I won’t talk about his wife, but lets just say she doesn’t and cant live happily with him. And she won’t let him go. Divorce is obviously against all Christian teaching… so they’re still together.

Yes we’re in love and yes we’re not living in reality. I feel guilty most of the time. I’ve broken up with him a million times and he always find a way to get me back. I admit that I’m weak.

He does have anyone to talk to. I’m basically his only friend. I feel guilty not giving him the support and love that he needs. But at the same time, I feel guilty being in this relationship because everyone I know has turned on me because of it. Plus it’s just not right. It doesn’t feel right.

My question is: How do I overcome this? How do I get strong and end it? How do I stop feeling guilty?!! I feel guilty from the simplest of things, and this guilt is just killing me. I’m depressed all the time.

From the research I have done on this topic and from all the wisdom and advice I’ve received from friends and families caught in affairs (after I asked some pretty nosy questions), I’ve compiled these 10 steps to free yourself from an affair (if any of you are, you know, having one):

Visualize the torture you are going through. Literally sketch a double scale. On the one side write “joy” and on the other “pain.” List joyful and meaningful moments and conversations you’ve shared. Recount the charged and flirtatious moment you shared on the phone the other day, and how it made you high. On the other side, describe what it feels like when he hangs up abruptly because his wife walks into the room, or how you feel when he sets sail for a 10-day cruise with his wife and kids or a week’s vacation in the Caribbean. Record on the scale those times when your heart drops–hearing about the diamond earrings he bought his wife for her birthday, or his sudden interest in another colleague–and you swear you’re going to end it … as soon as … as soon as … as soon as. And measure the guilt: Do you feel badly distracting him from his family? Do you feel like scum for saying things to this woman that would devastate your wife if she were listening. Also document any symptoms of distress like weight loss, nausea, lack of sleep, distractibility, poor work performance, bad concentration, depression, tears, anxiety, and any concerns that friends have shared: “I’m worried about you” … “You seem out of it lately” … “What’s going on?”

Most affairs follow this destructive cycle: communication, followed by withdrawal (by one or both partners), followed by a feeling of rejection, followed by self-loathing, followed by longing (to placate the self-loathing), back to communication.
So, like Group Beyond Blue member SalT, many people will attempt to connect again with a love interest even as the relationship produces much pain because, unconsciously or consciously, they are hardwired (our reptilian brains anyway) to pursue the spike in dopamine and norepinephrine of infatuation and early stages of a relationship. And the more pain he feels from the withdrawal of his partner (or himself), the more desperate he becomes to patch up the sore with another dopamine and norepinephrine high.

Even if both promise commitment (at a later time, of course), a present commitment isn’t possible, which places the relationship outside of, well, reality. But, just like a recovering alcoholic does in the early days of sobriety, a woman or man crushing on an unavailable person can reduce his chances of falling prey to the seduction by recognizing the futile patterns.

With an affair comes perks. Or else no one would have them. And lots of people have them. So pinpoint what you’re getting from this relationship. Review the feelings you listed under “joy” of step number one. Be detailed and concrete. Does he make you feel attractive? Sexy? Does she give you attention? Is it the newness of the relationship that has you hooked? That sense of mystery that’s gone from your marriage? You need to know exactly what you’re getting, and why you’re risking so much to get it.

4. List alternative and safe sources to get those perks

Now that you know you’re counting on a married man to give you the thrill, the excitement, that you don’t have at home, you need to make a list of alternative and safe sources of getting that thrill. If he made you feel attractive, then brainstorm about ways you can feel beautiful without him: a day at the salon, an outing with the girls, losing some weight, a new outfit. If it’s the newness that’s gone out of your own marriage, start a new project with your spouse, go out for a romantic dinner, head to the beach for the weekend, surprise him with a new look, buy him a new toy (like a new 3 wood driver, you know, golf club). Bottom line: put the effort you’re investing into your affair into finding safe places to get your perks.

In ending any addiction–and affairs and emotionally destructive relationships are addictions–you need to have at least two people to whom you are accountable. If no one knows that you are a home wrecker, then you can continue to ruin someone else’s family life (and your own) at your leisure. But if you have a pal who calls you on your dysfunctional behavior–“Dude, have you ended it yet?”–then you will soon get sick of telling your girlfriend that you are a weak and pathetic person who can’t make the phone call or send the e-mail. A big reason why 12-step groups are so effective at breaking addiction is their use of accountability–both in the rooms at meetings–and outside with the use of a “sponsor,” who is like a personal pope, only that she doesn’t get to ride around in the cool Pope mobile.

You need to tell at least two friends for another reason as well: you are going to need some major support after you make the break. It’s best to have that support in place before you split.

Yep. It’s time. But you might need help with this step, so gather those friends around you that you got honest with in step five. Then draft that sucker. Revise, rewrite, delete, reword, do anything you want. But these words should be in there: “This isn’t good for me.” He can’t argue with that. Avoid language that further ensnares him: expressions of your undying love, and why you want to have his children–why you are truly soul mates, and that hearts like yours were meant to be together. That doesn’t help things. Keep it simple and tactful.

I recommend e-mail because I hate to say anything important in a phone call or face to face. I’m a pansy. If you’re afraid he’ll lure you back with a sexy or sweet comment, that’s one more reason to just press send. Heck, have your friends press the button if you can’t.

You can bet either you or he will have a weak moment and try to reconnect. What will you do? Think about this BEFORE it happens so that you can respond with your newer, more sophisticated half of your brain, versus your reptilian brain that feeds off of excitement and adrenaline. Discuss this with your friends. Commit to a plan. “When she contacts me, I will say this.” Write that down. Draft a contract and sign it. Then seal it with, I don’t now, the Holy Spirit or something.

Depending how invested you were in the affair, you might want to start fresh. Really fresh. Like get a new apartment, a new cell phone number, a new job (if she’s a co-worker), a new haircut, a new hobby. One person I spoke to recommended throwing out all photos, letters, cards, and e-mails–performing a kind of symbolic ritual to say that you are making room for something better in your life (even if it’s the guy you married two decades ago).

10. Be gentle with yourself

No one severs an important relationship without some regrets and ambivalence. It’s a loss. Plain and simple. And the more you’ve invested, the more painful the loss will be. But knowing that the grieving period will involve an ebb and flow of yearnings, obsessions, and longing, frees you to let it be just that: grieving. Moreover, beating yourself up over unresolved feelings isn’t going to help you get over her any faster. With time everything heals. And so will the loss of this relationship.

Group Beyond Blue: Ending an Affair
archives most recent
More from Beliefnet and our partners
previous posts