I was taken aback by these statistics that I just read in Johns Hopkins Depression and Anxiety Health Alert: that a quarter of all adults have symptoms of at least one mental disorder each year, and nearly half of all Americans suffer from a mental disorder at some point in their lifetime.
Here is what they say:

A landmark survey of 9,282 people published in the Archives of General Psychiatry in 2005 showed that one in four adults have symptoms of at least one mental disorder each year — typically anxiety or depression — and nearly half of all Americans suffer from a mental disorder at some point during their lifetime. Fortunately, this survey also highlighted how the stigma of anxiety and depression is beginning to fade: Today, 41% of people with anxiety or depression seek treatment, compared with only 15% in the mid-1990s and 19% in the mid-1980s. The fact is that Americans are more comfortable than ever before with acknowledging anxiety and depression as real medical problems that can and should be treated — not only for mental health, but for overall health. Indeed, research strongly suggests that emotional and physical health are closely entwined.

I also wanted to emphasize the following paragraph, that states that getting treated for a mood disorder not only improved a person’s mental health, but physical health, as well:

Beyond improving mood, undergoing therapy can boost your immune system and help to relieve related symptoms such as pain, fatigue, and nausea. Still, if you’ve waited a long time to seek care, you’re not alone. In the survey, those with depression waited eight years on average, and those with generalized anxiety disorder, nine years. Older people and men tended to wait even longer to seek care, even after recognizing the symptoms. 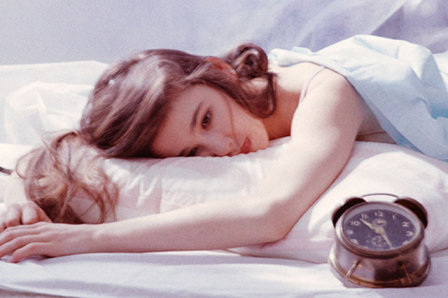 What Should You Do If Someone You Know Is Suicidal?
archives most recent
More from Beliefnet and our partners
previous posts