Ken Duckworth, M.D.: How Do You Move Beyond Blue? 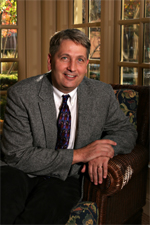 Back in July, I had the privilege to interview Dr. Ken Duckworth, the medical director for the National Alliance of Mental Illness (NAMI), through a blogger conference call hosted by Revolution Health.

Below I have excerpted part of the interview, but I encourage you to go the podcast of the interview (you can get to it by clicking here), because we covered so many topics in such little time (and I couldn’t include the entire interview because it took me three hours to transcribe the first twenty minutes). Dr. Duckworth is among the most knowledgeable, wise, and truly compassionate physicians I have ever met. I only wish one of him existed in every city to treat persons with mental disorders.
Triple board certified by the American Board of Psychiatry and Neurology in Adult, Child and Adolescent, and Forensic Psychiatry, Dr. Duckworth has extensive experience in the public health arena. He first served as the Acting Commissioner of Mental Health and the Medical Director for the Department of Mental Health of Massachusetts, then as a psychiatrist on a Program Assertive Community Treatment team. He was also the Medical Director of the Massachusetts Mental Health Center for eight years.

Dr. Duckworth won the award for Clinical Excellence from the Massachusetts Psychiatric Society as well as teaching awards from Boston University, for his work at Harvard Medical School, and from the American Psychiatric Association. He was also a recipient of the Ken and Rona Purdy Award for his work to combat stigma.