Katherine Stone: How Do You Move Beyond Blue? 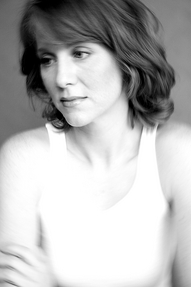 A few months back, I started a series of interviews called “How Do You Move Beyond Blue?” Well, apparently my readers were moving beyond blue better than I was because I sort of hit a rough spot and forgot about the series.

But now that it’s fall and we all are getting out our HappyLites again, it’s time to get serious about this series and introduce you to some wonderful professionals out there in the mental health field and fellow bloggers.
The woman I interview today, Katherine Stone, is a kind of soul mate of sorts. I attended her BlogHer workshop called “Finding a Voice for the Voiceless” (or something like that, I can’t find the BlogHer program right now—because it’s buried in my clutter), in which she described what happened to her after giving birth to her son.
It wasn’t pretty. She wrote an article that was published in “Newsweek” (click here to read it).

The response was so overwhelming, that she quit her day job as one of the marketing directors for CocaCola, and started “Postpartum Progress,” her blog which is the most popular blog on that topic.
Katherine is as beautiful inside as she is outside, and therefore is a wonderful poster girl for depression. In her blog she does everything from challenging the stigma of mental illness by encouraging readers to write to the CBS producers who hired Craig Carton (who made fun of Mary Jo Codey’s mental illness on air and recounted in an article in USA Today that “women who suffer from postpartum depression should relax by smoking marijuana instead of putting their babies in the microwave”), to interviewing a variety of women who have suffered from postpartum depression, to providing informative articles on recent research, and sharing anecdotes from her life.

Katherine, in your “Newsweek” article, you write this:

When my son was between 5 and 7 weeks old, it really hit me. One night while burping him with a burp cloth I wondered what would happen if I smothered him with it. (Writing that down is absolutely mortifying.) I remember being stunned by the thought. I began to have even more such thoughts, and I became extremely frightened. I thought about dropping him down the stairs. Or accidentally drowning him in the bathtub. I’d shake my head and think, I know I’d never hurt him. What’s wrong with me?
I told no one what was happening. How could I expect anyone to understand? While the other new mothers I knew were off taking long, sunny stroller walks, I shared none of the serenity they seemed to enjoy. I was sure I had lost my mind and would be locked up forever. I became convinced that my son would never love me. I barely ate or slept, and I cried more and more. I became afraid to be alone with him, and begged my bewildered husband to come home every day for lunch.

I totally get it. I’ve been there. And I’m so glad you have the courage to say it so that other moms don’t feel so alone. Do you think education and awareness of postpartum depression and mood disorders are any better today than just five few years ago when you had your son?
I think the education and awareness is better today, in part because of people like Brooke Shields, who helped bring more attention to PPD thanks to her fame. But there is SO much more work to be done. I still hear from moms everyday who are afraid to speak out, don’t know where to go, or get bad advice from healthcare professionals who aren’t trained in how to properly identify and treat perinatal mood disorders.
At BlogHer, you described your postpartum OCD. Most people don’t realize that postpartum mood disorders aren’t always depression. Can you say a little more on that?
There is actually a spectrum of perinatal mood disorders, similar to the spectrum of disorders you see around autism. Women can experience antepartum depression, which is similar in nature to postpartum depression but occurs during pregnancy. Both may include symptoms of appetite and sleep disturbance, difficulty concentrating and making decisions, frequent sadness and crying, lack of interest in things they used to enjoy and social withdrawal. There is postpartum OCD, which is often characterized by scary, unwanted thoughts about harming yourself or your baby, and compulsions where you may do things over and over to reduce the fears and thoughts. There is postpartum psychosis, which has symptoms including delusions and/or hallucinations as well as significant mood changes. And women may also experience postpartum post-traumatic stress disorder after a traumatic childbirth, where new mothers relive the trauma in their thoughts and dreams and avoid of stimuli associated with the birth.
In your poignant post called “Profoundly Alone: The Disconnection of Postpartum Depression,” you write this:

One of the truly awful feelings you experience during postpartum mood disorders is that sense of disconnection from the world, from your friends and family, from your baby, and most of all, from yourself. I felt so deeply, deeply alone.

What piece of advice would you give the woman in the throes of postpartum depression to protect herself from that horrible feeling of isolation?
Its really hard to protect yourself. I hate to say it but I’m not sure how to avoid feeling those bad feelings. What I do know is that while you feel those feelings it is important to remind yourself they are only temporary. This isn’t you, this is the illness taking over for a little while. With the right help you will get back to your old self. But this means pushing yourself to find support groups in which to participate, to see your doctor, to go to those therapy appointments. Whatever it takes. It can be hard to get out of bed, but you have to force yourself to go through the motions and do what needs to be done even when you feel like you’re sitting at the bottom of the deepest part of the ocean.
Related to that topic, what can family members and friends do to help someone suffering from a postpartum mood disorder?
I think one of the most important things for anyone to do is to get educated themsevles and ask their friends and families to do the same while they are pregnant. Just because the pregnancy books and childbirth educators may gloss over it doesn’t mean you have to. Learn all about what the symptoms are and make sure people close to you know what to look for. Find out who the best providers are in your area when it comes to perinatal mental health and have their phone number handy. If you never need the number, great. At least you’ll know enough to share it with others if you ever see someone else suffering. If it turns out you do experience a perinatal mood disorder, you and your loved ones won’t be scrambling around, unsure of what’s happening to you or what to do about it. You’ll be as prepared as one can be. And the sooner you can identify the problem and get help, the better.