I’m back in Seattle after my whirlwind trip to Durham, N.C. for this year’s Religion Newswriters Association conference. Those of you who followed #RNA2011 on Twitter got a preview of the breaking news and upcoming trends that will now make their way into religion news stories around the country, but the speed and repetition of tweets was confusing at times. (Next year’s conference is in Bethesda, Maryland – Oct. 4-6, 2012 – if you want to follow in person!) 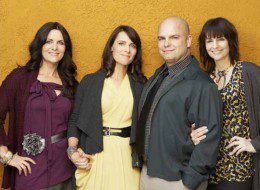 read next post
Heading Southeast, While Clergy and Candidates Clash on Immigration Reform & Jobs Act
archives most recent
More from Beliefnet and our partners
previous posts