The astrology of the Longoria/Parker split 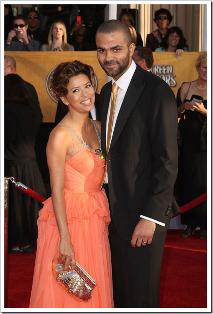 Just one day after both parties denied split rumors last week, actress Eva Longoria has filed for divorce from basketball star Tony Parker after three years of marriage.  Ms. Longoria found hundreds of text messages on her husband’s phone from the wife of another NBA player.

The Longoria/Parker relationship is a great example of how unhelpful Sun Sign compatibility is when it is considered as the most important factor in a relationship.  Longoria’s Pisces Sun is in a nearly exact sextile, an extremely harmonious aspect, to Parker’s Taurus Sun, suggesting a high degree of compatibility between them.  But people are complex, and these two are no exception.

In Eva Longoria’s astrological chart her Pisces Sun conjoins Jupiter, the traditional ruler of Pisces and the planet of good fortune and optimism.  She definitely has a sensitive side, but she has a strong and forceful personality with her Aries (the warrior) Moon and Venus and Mars, planet of aggression, in a challenging aspect to Uranus, planet of radical behavior.  Her chart shows that she is very like the fiery character she plays on the Desperate Housewives program – a powerhouse of energy with a sweet and sensitive side.

Tony Parker’s chart is also sensitive with his Moon in the dreamy and empathic sign of Pisces, but he lacks the fire that Longoria’s chart reveals.  His Mars is in Libra, demonstrating a drive (Mars) to please others and find harmony in relationships (Libra), and while his Venus is in that fiery sign Aries, suggesting that in his relationships (Venus) he needs to be the one in charge (Aries), Saturn opposes Venus which can create a great deal of self-doubt and hesitation.  I suspect that over the course of their relationship he became overwhelmed by her assertive personality and his own insecurities took control.

Both of them are wounded people as indicated by the tight aspects of Chiron, the wounded healer, in their charts.  Longoria has Chiron conjunct her Moon and Venus, which reveals a wound (Chiron) to her sense of beauty (Venus) and security (Moon).  Longoria has openly discussed her background of poverty and the fact that in her family she was considered the ugly one, and called the “ugly duckling.”

Parker’s Chiron conjoins his Sun, affecting his self-image and ability to know who he is.  Over the past couple of years transiting Chiron in the sky has been moving back and forth over a challenging square to Chiron in his own chart, and Chiron is virtually stationary right now in a square to his natal Sun, an aspect which is in effect from October to December of 2010.  All of his inner insecurities have likely been coming to the surface during this period. (Please note that astrological explanations do not excuse bad behavior; but it is helpful to understand the motivating factors behind the actions of individuals.)

There are some difficult interaspects between their charts that create challenges between them, most notably the opposition of Pluto in Parker’s chart to the sensitive Moon/Venus/Chiron combination in Longoria’s chart.  Pluto is a powerhouse of intensity and often suggests danger and the death of something, and this is a challenging dynamic in the chart of any two people.  It also appeared that it may have been difficult for them to really get to know each other, since the Neptune (confusion/illusion) of each of them is in a challenging square to the Sun (self) of the other.

Many of my clients who have been married for long periods of time have challenging dynamics like this in their chart, but it does require a great deal of commitment and work to manage these relationships.  Parker has not yet gone through his Saturn Return, the period of our lives at age 28-30 when we really begin to grow up and mature.

The return of General Motors: The beginning of a new era
archives most recent
More from Beliefnet and our partners
previous posts